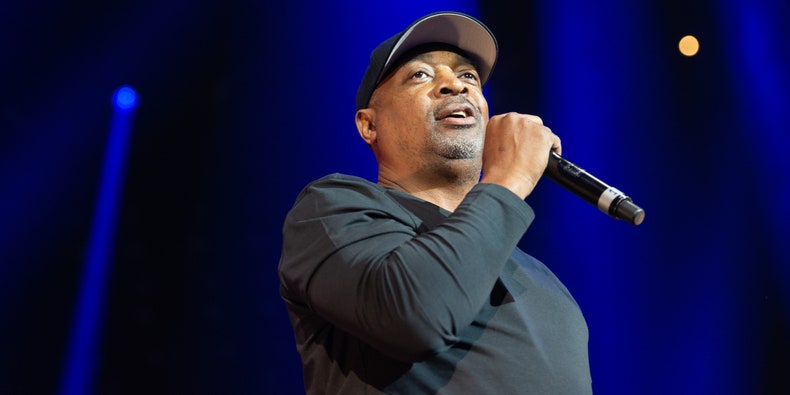 Chuck D and Public Enemy Radio performed at Senator Bernie Sanders’ rally in Los Angeles last night, where they played classics like “Fight the Power,” “Can’t Truss It,” “Bring the Noise,” “Shut ’Em Down,” and more. Sarah Silverman and Dick Van Dyke were also present at the event. During Public Enemy Radio’s set, Chuck D was vocal about the importance of voting. “Voting is [as] important as washing your ass in the morning,” he said at one point. Find video from the rally below (Public Enemy Radio start around 39:13).

Senator Sanders has been endorsed by several notable artists throughout his campaign for the Democratic nomination. In January, Bon Iver played an acoustic concert at his rally in in Clive, Iowa. In early February, Vampire Weekend and the Strokes performed at Bernie events in Cedar Rapids, Iowa and Durham, New Hampshire, respectively. Lucy Dacus played at Sanders Richmond, Virginia rally earlier this week.

Read “Meet the Resistance Revival Chorus, Where You Can Sing Out Your Political Frustrations” over on the Pitch.