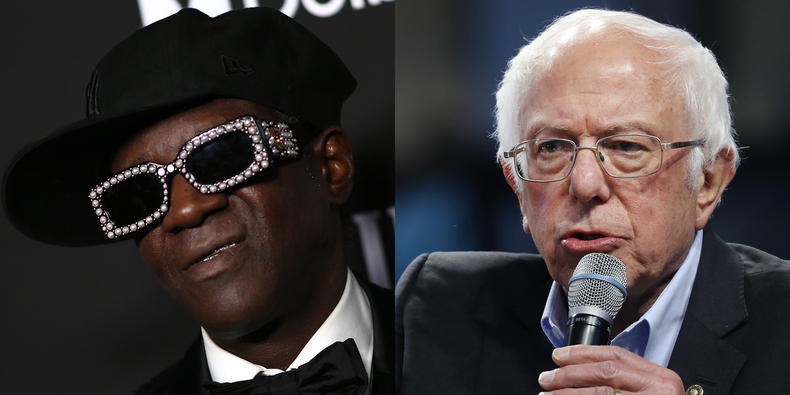 Flavor Flav has issued a cease and desist over Public Enemy performing at a Bernie Sanders rally. The statement addressed, in part, “the unauthorized use of [Flavor Flav’s] likeness, image and trademarked clock in promotional materials circulated by the [Sanders] campaign.”

Earlier this week, the Sanders campaign announced the rally in Los Angeles that would feature a performance from Public Enemy Radio. The group distinguishes itself from Public Enemy in that it does not feature Flavor Flav. The cease and desist, issued through Flavor Flav’s Las Vegas-based attorney Matthew H. Friedman, says that the performance will only feature co-founder Chuck D, which aligns with the campaign’s distinction. The statement also insisted that Flavor Flav had not endorsed Sanders for president, “and any suggestion to the contrary is plainly untrue.” Flavor Flav signed the cease and desist with “Hey Bernie, don’t do this!!”

On Saturday, Chuck D addressed the issue in a statement to HipHopDX, saying that Flavor Flav “chooses to dance for his money” before adding “He has a year to get his act together and get himself straight or he’s out.”

Pitchfork has contacted representatives for Flavor Flav, Chuck D, and the Sanders campaign for comments.

Revist “Here’s How Candidates Can Use Songs in Their Campaigns, Even If Songwriters Don’t Like It” on the Pitch.