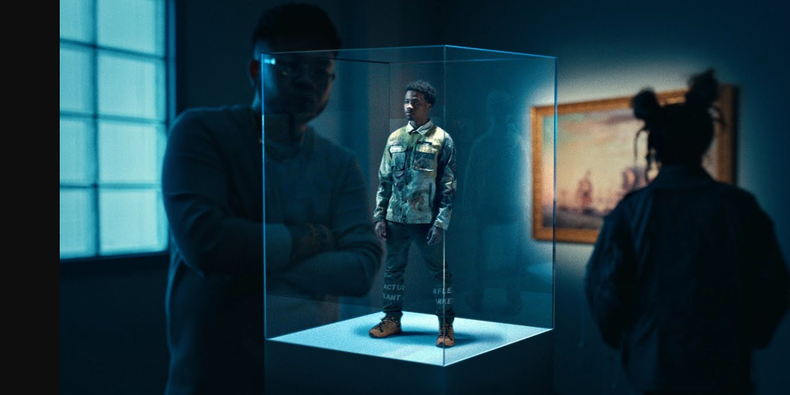 Roddy Ricch has released a music video for his chart-topping single “The Box.” The first no. 1 song of the 2020s gets a visual directed by the rapper and Christian Breslauer. Watch Ricch drag race, slam-dunk a basketball, and chill out in a shark-infested pool below.

“The Box” is a track from the young Compton rapper’s debut album Please Excuse Me for Being Antisocial, which was released in late 2019. Despite not being released as a single, it reached the no. 1 spot on the Billboard Hot 100 in January.

Read about Roddy Ricch’s single “Out Tha Mud” on Levels.