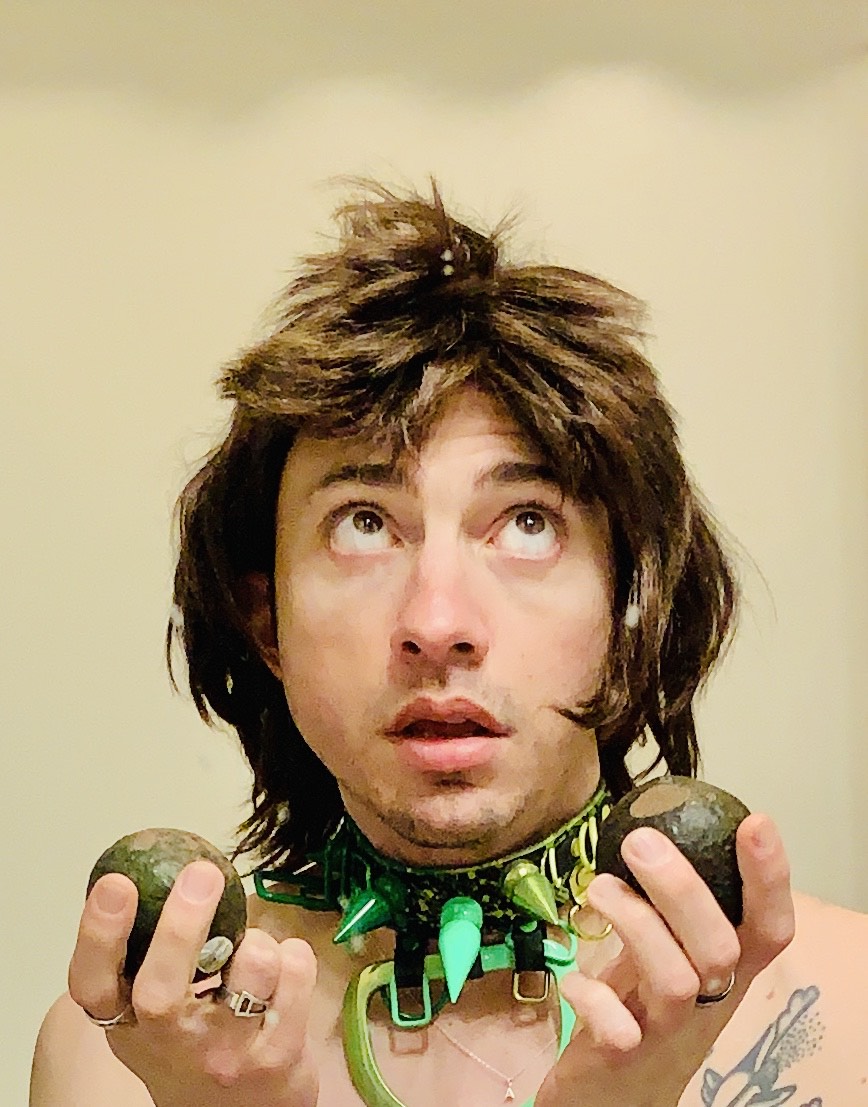 In many ways The FMs had a 2019 a small indie band from Brooklyn could only dream about. They had a live performance in a feature film on Showtime, were named as one of Buzzfeed’s twenty bands to watch in 2020, and were asked to play a 10,000 person + festival in Pennsylvania. And yet as front them Matte Namer describes “Getting folks to come out to your shows in NYC is a hard proposition, there are a million things happening at all times and to entice people to leave the comfort of their couches you really need to provide them with multiple reasons.” The FMs are a pretty unconventional band in a lot of ways, their sound harkens back to dark synth driving music from the 80’s or 90’s yet also feels decidedly modern, gender fluidity is a hallmark of their style and purpose and yet their lyrical content on their debut single “Implosion Model” is about the science and moral philosophy around the creation of the atomic bomb. At their live shows condoms are gifted to the audience with instructions to kindly stop overpopulating the planet and during their song “Hit Yourself,” Matte asks the audience to hit them before starting a menacing and aggressive dance number and jumping out into the crowd.

And so perhaps it doesn’t come as such a shock that the band has decided to giveaway avocados to every fan who turns up to their next show on Friday, March 6 at Gold Sounds. “Fake studies have shown,” jokes Matte, “That hipsters in Brooklyn spend the second most amount of disposable income on avocados after rent here.” Whether The FMs are on the cusp of a revolution in the live entertainment industry through their unorthodox vegetable promotion remains to be seen, but one thing’s for sure, their fans may be in for a surprise boost to their guacamole budgets.

The official website for The FMs may be found at http://www.thefmsmusic.com

Emilia Clarke’s The Pod Generation Is A Clever Sci-Fi Satire About The Future Of Pregnancy
Regal Parent Cineworld Has Reached Out To 30 Potential Buyers As It Pursues Sale; Initial Bids Due Next Month
Kristen Stewart Already Has Another Directing Job Lined Up Ahead Of Her Directorial Debut
Kelly Clarkson Stalker Arrested Against After 12 Restraining Order Violations
Marilyn Manson accused of raping underage girl in horrific new lawsuit