Kobe Bryant didn’t need a son to carry out his legacy: He had his four daughters.

Ahead of the NBA legend’s public memorial at the Staples Center, friends and fans shared emotional memories about one of the greatest athletes of our time. But perhaps the stories that have stood out the most are those about his love for his girls Natalia, 17, Bianka, 3, Capri, 7 months, and 13-year-old Gianna (or Gigi), who died alongside her dad in that fatal helicopter crash. After all, parenthood was his favorite role, a fact he proved during his one and only meeting with SportsCenter anchor Elle Duncan.

Backstage at an ESPN event in NYC, “I saw him and I thought, ‘Oh my gosh, that’s Kobe. I’ve gotta get a picture for the ‘gram,'” she recalled during a heartwarming tribute. “I didn’t get it for a few minutes because, as I approached him, he immediately commented on my rather large, eight month pregnant belly.”

The 41-year-old wanted to know how she was feeling, when she was due and if she was expecting a son or a daughter. “‘A girl,’ I said and then he high-fives me: ‘Girls are the best.'” Duncan said. “I asked him for advice on raising girls seeing as though he quite famously had three at the time and he said, ‘Just be grateful that you’ve been given that gift because girls are amazing.'”

With youngest Bianka just over a year at the time, Duncan was curious whether he and Vanessa Bryant had more plans to expand. “He said that his wife Vanessa really wanted to try again for a boy but was sort of jokingly concerned that it would be another girl,” she explained. “I was like, ‘Four girls, are you joking? Like, what would you think? How would you feel?’ And without hesitation he said, ‘I would have five more girls if I could. I’m a girl dad.'” 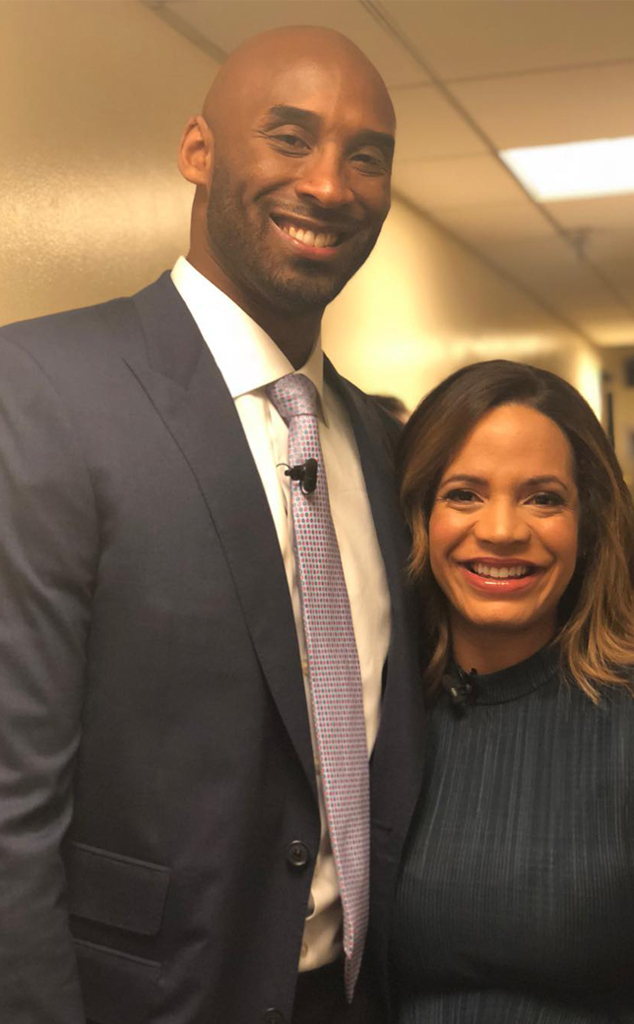 And those girls were his princesses, each with a special talent he was excited to foster and grow. “When it came to sports, he said that his oldest daughter was an accomplished volleyball player and that the youngest was a toddler, so tbd,” the journalist added. “But that middle one, he said, ‘That middle one was a monster. She’s a beast. She’s better than I was at her age. She’s got it.’ That middle one, of course, was Gigi.”

Indeed, on that fateful Sunday morning, Kobe and Gigi—and their seven other passengers—were headed to his Mamba Academy, where his daughter and her teammates were set to compete in a basketball tournament.

“When I reflect on this tragedy and that half an hour that I spent with Kobe Bryant two years ago,” Duncan said. “I suppose that the only small source of comfort for me is knowing that he died doing what he loved the most: being a dad, being a girl dad.”

The chilling story hit home for fans, including Chrissy Teigen. “In a sea of tributes that ached my soul, this one had to be the most beautiful and heart wrenching,” she wrote on Instagram. “Thinking of their friends, families and the pain they are going through with great love. Someone take care of all the broken hearts dealing with unimaginable loss. Thank you, @elleduncan.”