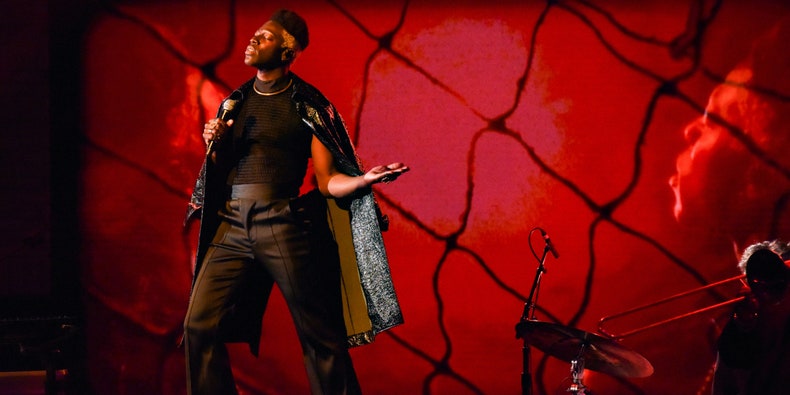 Last night’s episode of The Late Show With Stephen Colbert featured a performance from musical guest Moses Sumney, marking his U.S. late night debut. He performed his new song “Cut Me.” Watch it happen below.

The song appears on part one of his new two-part album græ. The first part arrives on February 21, and its follow-up arrives May 15. “Cut Me” follows the previously released songs “Polly,” “Me in 20 Years,” and “Virile.”

Moses Sumney’s last studio album was 2017’s Aromanticism. See where that album landed on Pitchfork’s list of “The 200 Best Albums of the 2010s.”