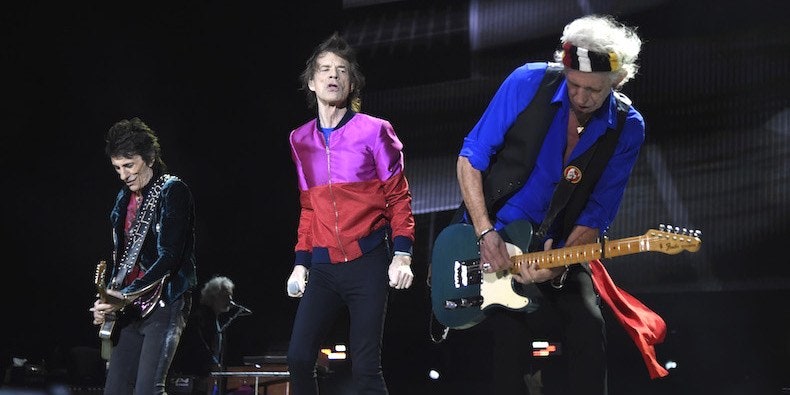 The Rolling Stones are heading back out on the road. Their No Filter tour begins May 8 in San Diego and encompasses a string of North American stadiums before wrapping up July 9 in Atlanta. Watch a trailer below and see the full list of dates on their website.

The band’s last original album, A Bigger Bang, came out in 2005. The Blue & Lonesome covers album, which included “Ride ’Em On Down,” followed in 2016. Mick Jagger also joined forces with Skepta on the track “England Lost” and shared a Jemima Kirke-starring video for “Gotta Get a Grip” (which Tame Impala’s Kevin Parker remixed that same day).

Read “The Best Rolling Stones Songs That Don’t Really Sound Like the Rolling Stones” on the Pitch, and check out Pitchfork’s Sunday Review of Tattoo You.