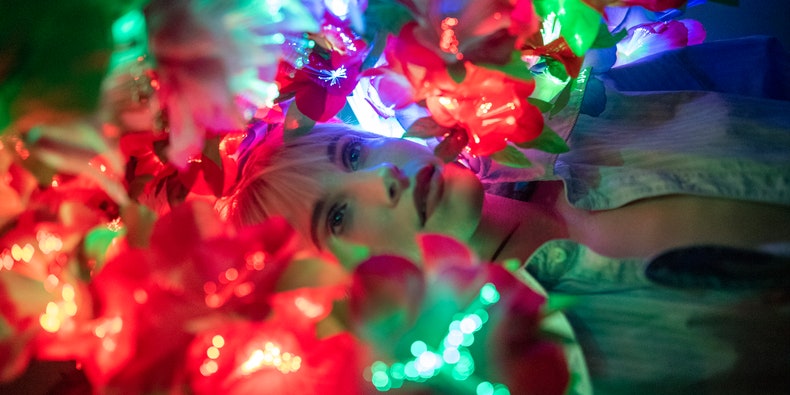 Paramore’s Hayley Williams is getting ready to release her debut solo album PETALS FOR ARMOR, which will arrive on May 8 via Atlantic. After sharing the lead single from the album “Simmer,” last week, Williams is back with another new one. This one’s called “Leave It Alone” and it comes with a music video by Warren Fu. Watch below; scroll down for Williams’ interview with Zane Lowe (on Apple Music’s Beats 1) about “Leave It Alone,” as well as her new “Simmer Interlude” visual.

In a statement accompanying the album’s announcement, Williams said the project “benefited from a little bit of musical naïveté and rawness” and said it was the product of experimentation. “I’m excited to let people in to experience a different side of myself that I’ve only very recently become familiar with,” she added.

‘Dances with Wolves’ actor arrested, accused of running sex cult, abusing young girls
‘The Wizard of Gore’ – Only Crispin Glover Shines in 2007’s Herschell Gordon Lewis Update [Revenge of the Remakes]
C-SPAN’s Access Is Once Again Limited in Kevin McCarthy’s House. Will That Change?
What to Watch: A Million Little Things, YOU
Paul G. Tremblay on ‘A Knock at the Cabin’, Stephen King, and ‘The Pallbearer’s Club’ [The Losers’ Club Podcast]