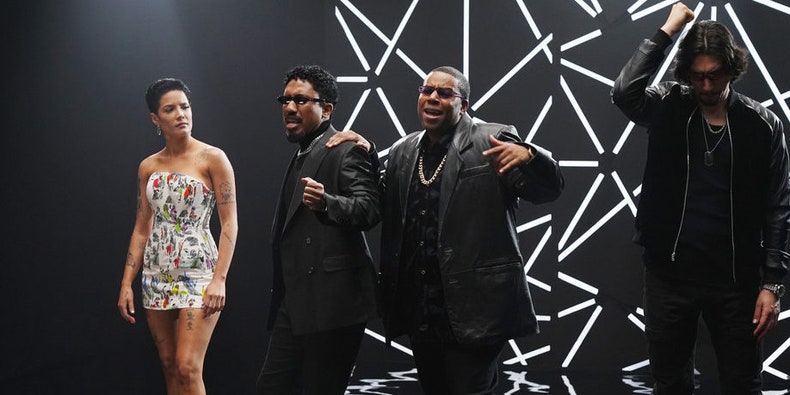 Halsey stopped by Saturday Night Live last night to perform a rodeo-riding “You Should Be Sad” and “Finally // beautiful stranger” from her new album, Manic. She also starred alongside host Adam Driver in a sketch called “Slow,” a satirical music video in which the slow-jam ethos reaches its absurdly illogical conclusion. Watch clips from the episode below.

This week marked Halsey’s second SNL appearance in less than a year—she hosted the program and performed her songs “Without Me” and “Eastside” in February 2019. Halsey begins a North American tour in support of the record in June.