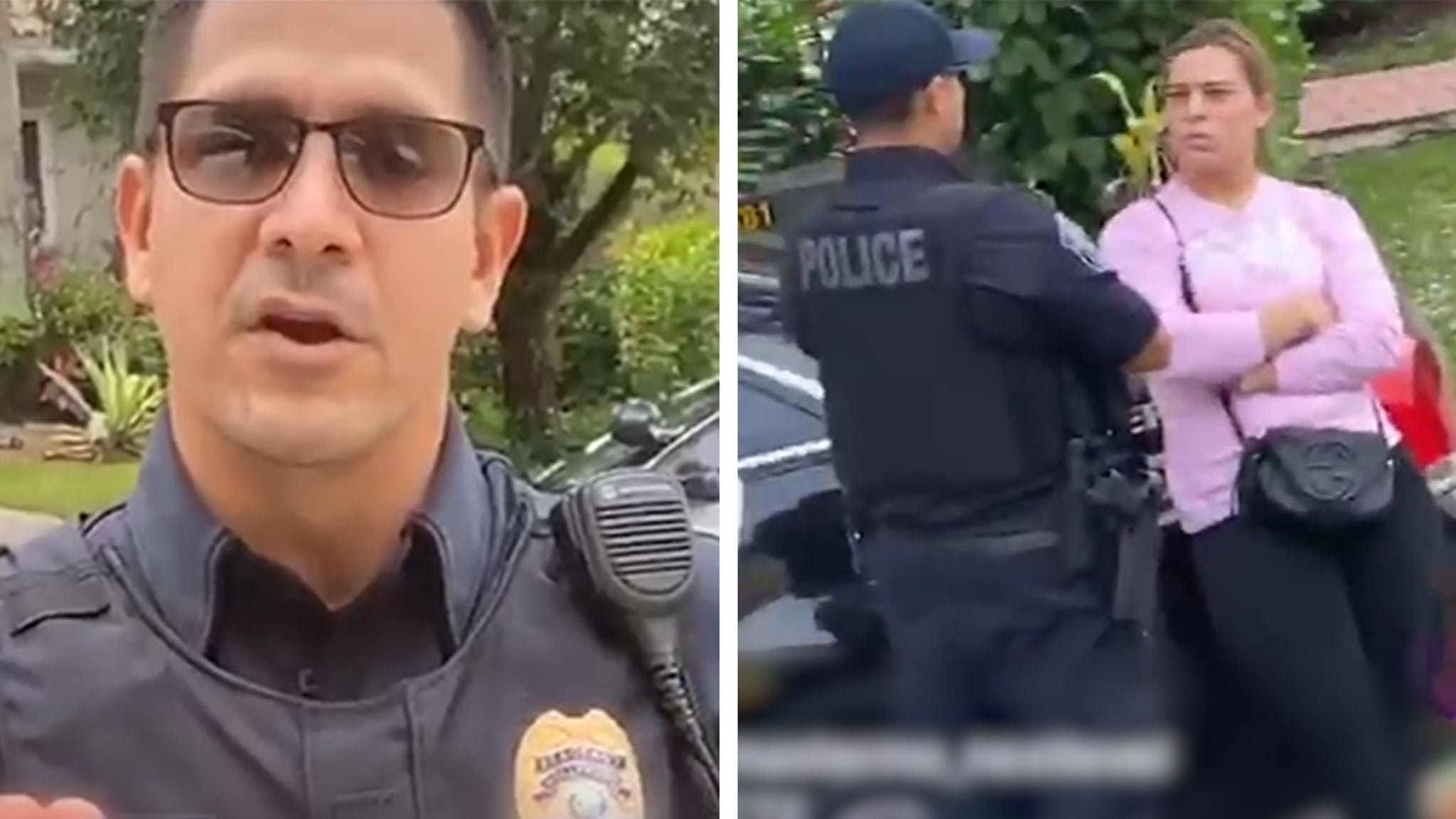 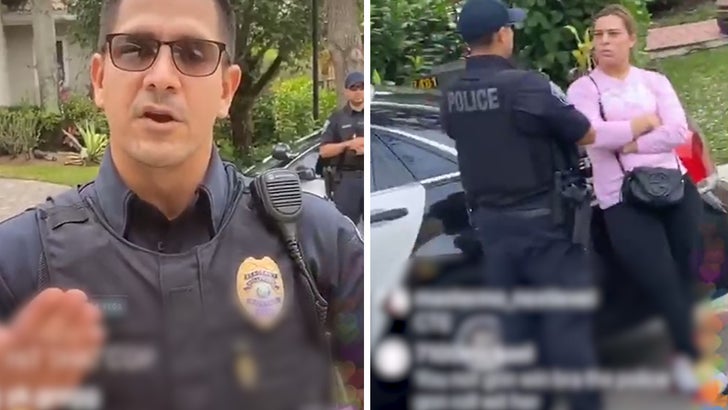 Another bizarre police incident at Antonio Brown‘s Florida home — this time, cops responded after a dispute with his baby mama … and it turned VERY nasty.

We’ve reached out to cops to find out exactly why they were called to the home — and who made the call. But, here’s what we know so far …

Several Hollywood Police Dept. officers arrived at Brown’s home around 10 AM local time on Monday … and Brown’s baby mama, Chelsie Kyriss, was there too.

Brown repeatedly told the officers he had previously evicted her from his home — but allowed her on the property so she could pick up her kids and take them to school.

But, Brown claims during the handoff, Chelsie tried to steal one of his cars — and he wasn’t having it.

At one point, AB screams at Kyriss … “Bitch, you don’t drive Bentleys. This is not your life.”

Brown was shouting to the cops that he wanted her off his property, ASAP — and screamed insults at her from across the street … in front of her kids.

The whole situation was super heated, with a very frustrated Brown cussing at the officers — telling them they don’t know how to do their jobs.

During the end of the exchange, Brown grabs a bag of gummy candies (shaped like penises) and throws them into the street in Chelsie’s direction … screaming at her to have a “bag of dicks.”

All the while, AB is screaming insults at her … “Take that fish-looking bitch to jail.”

Brown also acknowledges that the stand-off isn’t the best look for his NFL future — but says, “F**k the NFL. This is real life.”

We’re reaching out to cops to find out what the hell they’re going to do about this. Stay tuned.

Rickey Smiley Announces His Son Brandon Smiley Has Passed Away at 32
‘The Phantom Of The Opera’ Tops Broadway Box Office; ‘The Piano Lesson’ Closes On High Note
Fire Country Season 1 Episode 13 Spoilers: Colin the Probie and Arsonist?
All the Beating Hearts
Yung Gravy Sued by Rick Astley for Copying ‘Never Gonna Give You Up’ Voice