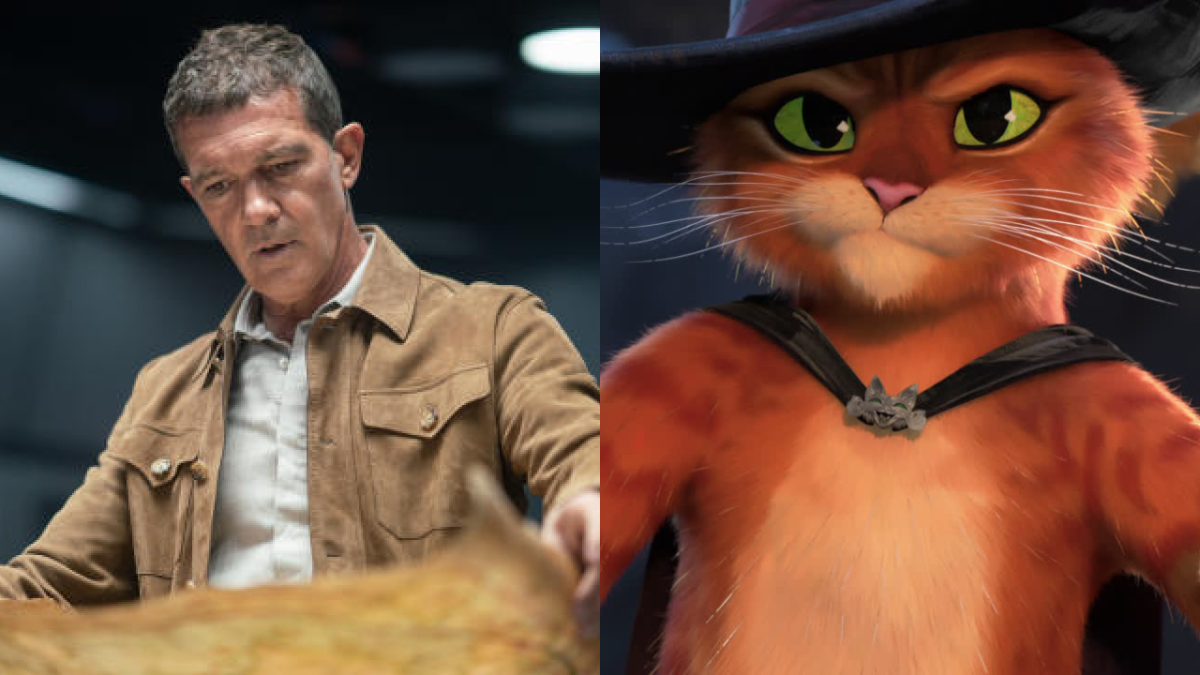 After over a decade, Antonio Banderas’ feisty feline has finally returned to theaters in Puss in Boots: The Last Wish. The new adventure in the Shrek universe and its decidedly darker tones have received overwhelmingly positive reviews from critics and audiences alike. Many have praised the animated movie for its deeper emotional depths than the previous 6 Shrek entries in the Dreamworks franchise. Well, the film’s lead explains how a heart attack and his brush with mortality positively impacted his life and influenced the latest animated spinoff.

While speaking with Page Six, Antonio Banderas revealed that, in retrospect, his 2017 heart attack might have been one of the “best things” to ever happen to the actor. The Desperado star says the life-threatening event helped him reprioritize his life. He told Page Six:

The Mask of Zorro actor says he always knew intellectually that he–like everyone else–was going to die but facing mortality up close and personal helped him let the little worries go. Banderas continued:

The 62-year-old Spanish-born actor shared with Page Six that the important things like his daughter, friends, family, and his “vocation as an actor” remained, but he deliberately detached from “things that I thought were important before but weren’t really.”

Banderas reprises his role as the swashbuckling feline in Puss in Boots: The Last Wish, in which Puss discovers that he has used up eight of his nine lives and sets out to find the mystical “last wish.” It’s not hard to see the real-life connection between the adventure-seeking cat embracing the 9 lives he’s given and Banderas’ personal brush with death.

The 13th Warrior star told Yahoo! the latest outing for Puss is a “daring” movie, especially for a flick meant for a younger audience. He reflected on the issues he is all too familiar with beautifully and elegantly. The actor continued:

Puss in Boots: The Last Wish sees the return of Salma Hayek as Kitty Softpaws, and they’re joined by actors including Harvey Guillén, Florence Pugh, Olivia Colman, John Mulaney, and Wagner Moura. The all-star cast joins Puss on his adventure to claim the Last Wish hoping it will restore the eight lives he has lost.

The latest adventure in the Shrek franchise opened theatrically in the United States on December 21st with a projected weekend gross of $25-30 million. It’s still to be seen how the darker themes of life and death will impact the family-oriented offering and how it will compete against James Cameron’s Avatar: The Way of Water at the box office. Still, based on positive reviews, moviegoers will have a couple of great cinema options this holiday season. Check your local listings if you want to check out Puss in Boots: The Last Wish on the big screen. You can also look at our 2023 Movie Release Schedule to see what’s coming to theaters in the new year.