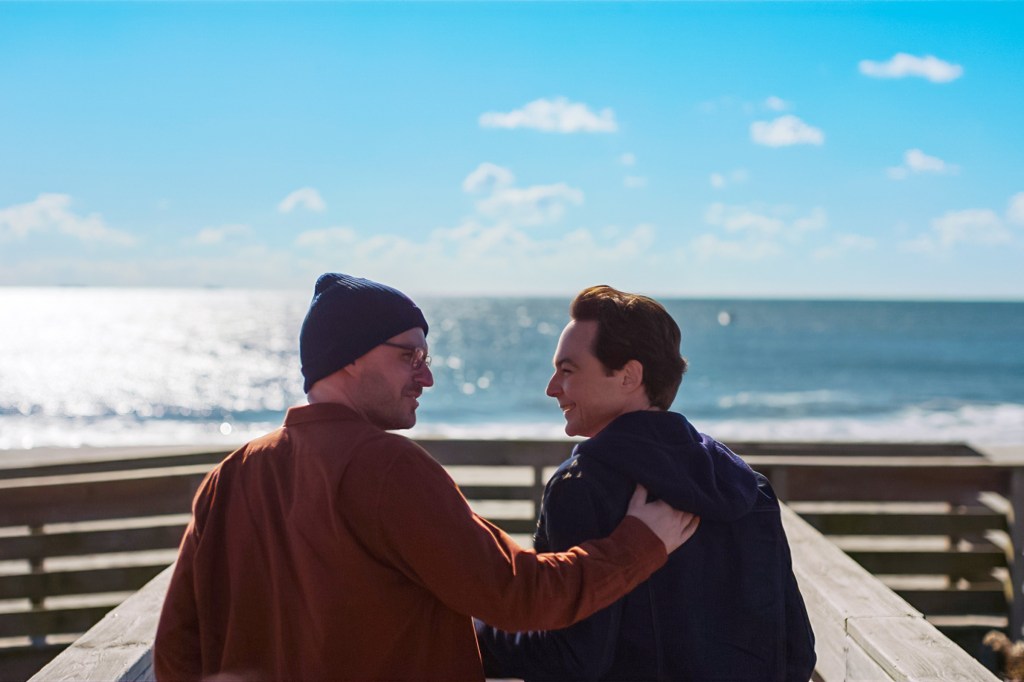 Focus Features’ Spoiler Alert opened on six screens (in NY, LA, San Francisco) to an estimated $85k, or $14k per theater, in a crowded arthouse market. Strong exit polls and word of mouth – 94% in the top two boxes – could help built out this movie, which will likely be more audience-focused than awards-buzz driven.

“We are encouraged to see Spoiler Alert playing great and connecting with audiences,” said Focus distribution chief Lisa Bunnell. “We expect the film to broaden its audience and reach as we begin our national expansion.” The Michael Showalter pic based on Michael Ausiello’s memoir ‘Spoiler Alert: The Hero Dies’ and staring Jim Parsons, Ben Aldridge and Sally Field expands Dec. 9.

Notable openings this fall led by The Banshees of Inisherin ($46+k), Tár and The Fabelmans have been MIA for few weeks. It’s about the movies — iconic writer of stage and screen Martin McDonagh with Colin Farrell; Todd Field’s unique Cate Blanchett-starrer with an eclectic audience including strong LGBTQ support; and the appeal of Steven Spielberg and his autobiographical film. (Darren Aronofsky’s The Whale with Brendan Fraser next weekend could also see a strong opening bump next weekend, before Avatar: The Way Of Water swallows the box office.)

It’s also about the marketplace, which gets more crowded by the week. Specialty film is still challenged. Rising concern about Covid isn’t helpful in accelerating the return of older demos to theaters.

“Arthouse films are coming back. But people are judging them based on previous [pre-covid] grosses. This just needs patience,” said one distribution executive, noting that virus cases are rising and flu and other respiratory illnesses spreading. “People are like, ‘Should we start wearing masks again?” Specifically older people.

And distributors continue to lament arthouses that are showing a hodgepodge of indie films and wide releases. That discourages older moviegoers, who don’t want to wade through popcorn on the floor, they say, and presents marketing challenges. “If you have a specialty film, you have to promote it. You don’t have to promote Avatar,” said one executive.

Also opened: A24’s gothic drama The Eternal Daughter on 29 screens for a gross of $33.7k and PSA of $1.16k. The film by Joanna Hogg stars Tilda Swinton. It premiered at Venice and screened at TIFF and the NYFF.

Greenwich Entertainment’s Sam Pollard documentary Lowndes County And The Road To Black Power, an account of the mid-1960’s fight for Black voter rights in Lowndes County, Alabama opened at DCTV’s Firehouse Cinema in NYC with additional runs in LA, Chicago and Detroit grossing $4.5k on six screens for a PSA of $750. Also debuted on TVOD.

Holdovers: In week three and fresh off its New York Film Critics Circle win for Best International Film, Sideshow/Janus Films’ release of EO added four locations in Los Angeles, grossing an estimated $28,000 on six screens for a $4.6k PSA and a new cume of $85.9k. Last year, the NYFCC named Ryusuke Hamaguchi’s Drive My Car its Best Film, with the pic going on to win Best International Feature Film at the Oscars with four nominations. Drive was the maiden voyage of new distributor Sideshow with Janus Films.

LA runs for Jerzy Skolimowski’s Cannes Jury Prize-winner included the Laemmle Royal and Alamo Drafthouse, a one-show-per-day run at the Los Feliz 3, and the SBIFF’s Riviera Theatre in Santa Barbara. On Friday, EO will add San Francisco, Chicago, and Austin, and continue to expand throughout through December and January

Martin McDonagh nabbed the Best Screenplay nod for Banshees and Colin Farrell Best Actor from the NYFCC. In week seven, the Searchlight film’s cumulative domestic gross continued to climb, leading the latest crop of specialty openings with an an estimated $8.3 million, only a 34% drop.

The Fabelmans from Universal grossed $1.3 million at 638 locations in week four for a cume of $5.56 million.

Neon’s Laura Poitras documentary about Nan Goldin, All The Beauty and the Bloodshed, moved to ten screens in week two for a $35k weekend and a cume of $87.1k.

Other openings: Crunchyroll opened anime feature The Quintessential Quintuplets Movie in 910 locations to a debut of $534k for a PTA of $587.

Fathom Events opened I Heard the Bells in 974 locations to a debut weekend of $1.8 million  and PTA of $1.8k for a domestic cume through Sunday of $2.58 million. The story behind the writing of the Christmas carol and its author, Henry Wadsworth Longfellow.

Wide Lens Pictures opened South Korean-action drama Decibel in 21 locations to a debut of $24.6k for a PTA of $1.17k