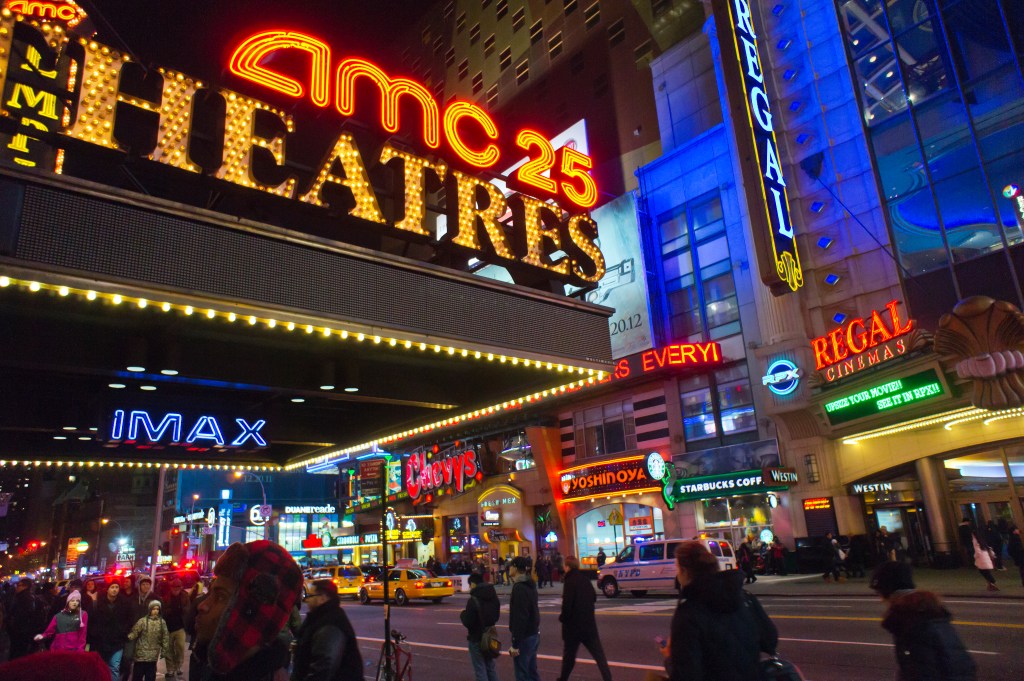 Giant theater chain AMC Entertainment filed today to sell up to 425 million AMC Preferred Equity Units, or APEs, its new securities that have seen a price collapse amid a sour market and investor backlash.

They sank some more early Monday, then popped higher.

AMC distributed the initial batch of APE shares to stockholders in August and they trade on the NYSE. Each APE unit has the same economic and voting rights as one share of common stock. CEO Adam Aron characterized the distribution as a gift but AMC’s large base of retail shareholders disagreed. This vocal group had previously derailed AMC’s plans to issue new common stock, preventing the company from raising cash to help pay down its hefty debt of about $5.4 billion. So the APEs were a workaround; a new currency AMC can sell to raise fresh funds without shareholder approval.

“It was a nice way to get around their investors, who weren’t going to let them issue more shares to raise more cash. But investors understand that. Adam Aron does a great job marketing to them, but it was tough sell to sell that as gift,” says analyst Alicia Reese of Wedbush Securities. (Issuing new shares, as well as new APEs, dilutes the position of current stockholders.)

In hindsight, AMC also missed a window because APE units are trading sharply lower since they debuted. “If they had just issued all the [APE] shares right away – what I thought they would do, all of it at once, to repay debt — it would have rid them of their [retail] shareholder base and they would have had fundamental holders only, but a debt free company.” She calculated that selling 900 million new APE units immediately would have wiped out AMC’s entire debt load.

Today’s filing was a placeholder, AMC didn’t indicate how many APE units it will sell or when. But, Reese noted, “in a high interest rate environment, repaying debt should be high priority. The market is not going to be friendly over the next year. Especially when you have five-and-half billion in debt.”

Love from retail investors turned AMC into a high-flying meme stock in early 2021 and helped the chain avoid bankruptcy as it sold shares at inflated prices. But the decoupling of stock price and company fundamental business prospects – a hallmark of meme stocks — has stymied traditional Wall Street analysts, investors and management as well. “Extreme fluctuations in the market price” of our common stock and APE units “have been accompanied by reports of strong and atypical retail investor interest, including on social media and online forums,” the SEC filing said. “We believe that volatility and our current market prices reflect market and trading dynamics unrelated to our underlying business, or macro or industry fundamentals, and we do not know how long these dynamics will last.”

“Under the circumstances, we caution you against investing in our AMC Preferred Equity Units, unless you are prepared to incur the risk of losing all or a substantial portion of your investment.” That’s SEC boilerplate, but in this case the volatility has been extreme.

The company will use net proceeds from any APE sales “to repay, refinance, redeem or repurchase the company’s existing indebtedness (including expenses, accrued interest and premium, if any) and otherwise for general corporate purposes.”

10 Little Red Riding Hood Retellings For All Ages
‘SNL’ Alum Taran Killam Says Travis Kelce Would ‘Kill It’ As Host
Kate Spade 24-Hour Flash Deal: Get This $360 Tote Bag for Just $69
The Rookie: Feds Season 1 Episode 9 Review: Flashback
I Must Remember That a Story Can Be Eaten Like a Body