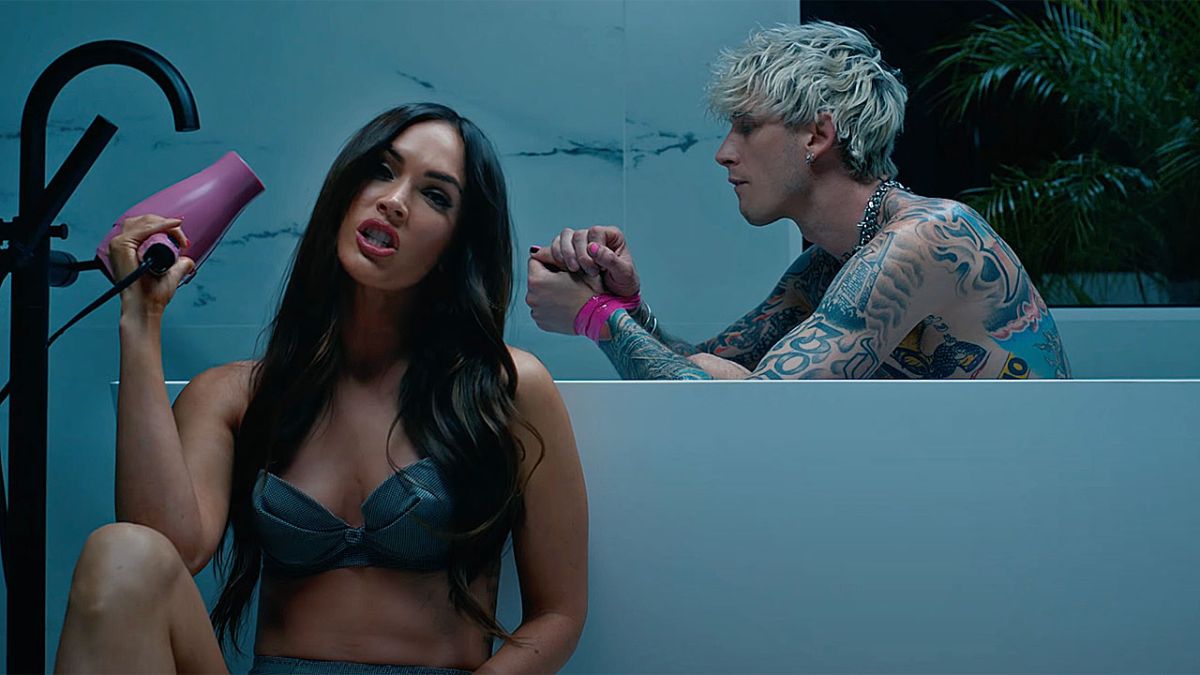 If you’ve been following Machine Gun Kelly and Megan Fox’s whirlwind romance, you probably remember sweet stories about MGK and his partner heading to Vegas, or that sushi picnic date that sparked rumors their romance was serious. Or perhaps any of the many, many times they’ve been open about their love since then. But Machine Gun Kelly, AKA Colson Baker, recently told another story about early on in his relationship with Fox, and this one is not-so-sweet, but it is hilarious.

So apparently, a while back Machine Gun Kelly had a really bad night. He detailed the night to Jimmy Fallon on a recent episode of The Tonight Show, recalling how hanging out with a group of people — including celebs like Post Malone and his then-new gal Megan Fox — led to a disastrous night. In fact, first during a rowdy game of beer pong, he “bruised” his coccyx.

That’s not all however. Calling it “a bad night” and also stressing it was a time “right when I started to date Megan [Fox],” the musician clearly wanted to end on a high note. He’d been given a knife while at this disastrous party. Wanting to impress Fox, he started messing around with said knife… and totally proceeded to stab himself. But don’t take it from me. Here’s how he tells it:

This story is funny, obviously, but what amazes me most about it is that fact that when Machine Gun Kelly is retelling what happened, he’s pretty chill about the whole ordeal. Even when he admits he was trying to be cool about stabbing himself, he basically makes a grunting noise instead of saying “aaahhhhh” and freaking out at a higher octave. Watch him tell the full story. He’s so calm.

To note, the dude avoided going to the doctor overnight so he could spend more time with Megan Fox before he ultimately got his hand looked at. I’m not sure that’s an advisable point of view, but in terms of what it says about MGK’s feelings toward Fox even early on, it says a lot.

I guess this is the guy who, upon seeing the Transformers star on the set of Midnight in the Switchgrass, immediately started creeping on her, trying to catch a glimpse of her on set as she’d exit her trailer until he worked up the nerve to make a romance happen. Clearly, he was really into the idea of them dating, and this story story shows he would attempt nearly anything if he thought it might impress her. Luckily there were no fatal consequences here and it all worked out; Megan Fox and Machine Gun Kelly are still going strong as they get closer to the two-year mark in their relationship.