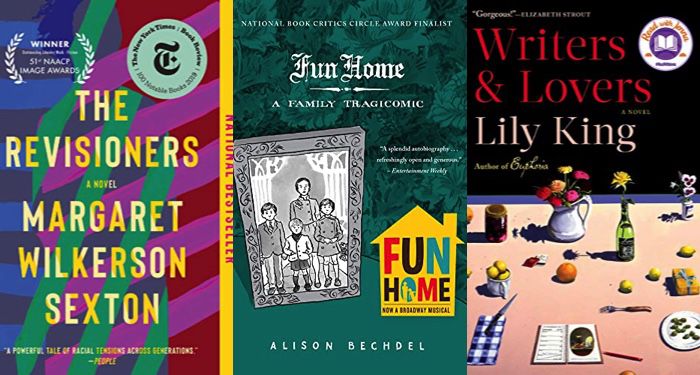 In Case You Missed Yesterday’s Most Popular Deals

If I Never Met You by Mhairi McFarlane for $1.99

The Trial of Lizzie Borden by Cara Robertson for $2.99

A Good Man Is Hard to Find by Flannery O’Connor for $2.99

Shuggie Bain by Douglas Stuart for $1.99

The Gilded Wolves by Roshani Chokshi for $1.99

Girl, Woman, Other by Bernardine Evaristo for $1.99

Witches Steeped in Gold by Ciannon Smart for $1.99

Cemetery Boys by Aiden Thomas for $2.99

The Disordered Cosmos by Chanda Prescof-Weinstein for $4.99

When the Moon Was Ours by Anna-Marie McLemore for $2.99

These Toxic Things by Rachel Howzell Hall for $4.99

The Book of Lost Saints by Daniel Jose Older for $2.99

Sharks in the Time of Saviors by Kawai Strong Washburn for $2.99

The Mere Wife by Maria Dahvana Headley for $2.99

The Black Friend: On Being a Better White Person by Frederick Joseph for $1.99

The Truth Hurts by Rebecca Reid for $1.99

The Midnight Lie by Marie Rutkoski for $2.99

Every Heart a Doorway by Seanan McGuire for $2.99

The Misadventures of Awkward Black Girl by Issa Rae for $1.99

The Ascendant Trilogy: The Tiger’s Daughter, The Phoenix Empress, The Warrior Moon by K. Arsenault Rivera for $4.99