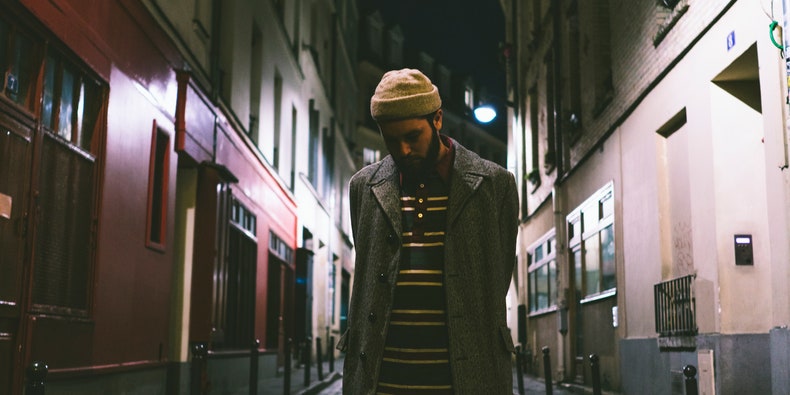 Nick Hakim has announced a new studio album, WILL THIS MAKE ME GOOD. It’s out May 15 via ATO. Hakim has also shared the new song “QADIR.” Watch its music video, directed by Nelson Nance, below.

Hakim wrote “QADIR” for a late friend. “If I really sink into a recording, I don’t want it to end,” he said in a statement. “[‘QADIR’] is repetitive and hypnotizing, like a trance—that’s intentional. The song is my ode to him. It’s my attempt to relate to how he must have been feeling.” Find Hakim’s statement on WILL THIS MAKE ME GOOD below.

Hakim’s last album Green Twins was released back in 2017. Earlier this year, he appeared on the Onyx Collective single “My Funny Valentine,” a re-imagining of the classic jazz standard.

WILL THIS MAKE ME GOOD:

I feel the people simmering, on our way to the boiling point. There’s
a lot of madness going on around us and this world can feel so cold.
It can get hard to remember what makes it worth it. The people around
me and the music I love helps.

For a while, I couldn’t write. I worked on new music but couldn’t find
the right words. But that time was just a build-up to the three months
of expression that led to this album. I hope this music will raise
awareness about where we are right now. About how we are living on
this planet. About how we treat our neighbors. About community. About
depression. About what can heal us and what can’t. About
overmedication, overstimulation and manipulation. About respecting and
loving the people around us, because one day they won’t be here—or you
won’t.

But it’s also true that I’m still trying to figure this record out.
People have told me that it’s confusing or that it’s messy—that’s
fine. There’s so much pressure on artists to commit to being one
thing, or to restrict an album to exploring just one subject or sound.
But my life isn’t like that, and so my music can’t be like that
either. I’m not thinking about this music as a product to be bought
and sold, or how I’ll buy your interest. This is my world; a lot of
friends touched this record, and that makes me feel lucky and proud.
These songs are glimpses into my community. I’m exploring, but I’m not
alone. It’s a journey in progress; it’s an experiment, every day.

Ray J Breaks Silence After Buzz That He & Kim Kardashian Have A 2nd Sex Tape
Chris Pratt Is Mario?! The Cast of Super Mario Bros. Movie Will Make You Say Mamma Mia
FBI: Most Wanted: Kellan Lutz Confirms Departure
Will Smith On His Marriage to Jada Pinkett Smith: “I Don’t Suggest Our Road For Anybody”
Delta 5’s Julz Sale Has Died