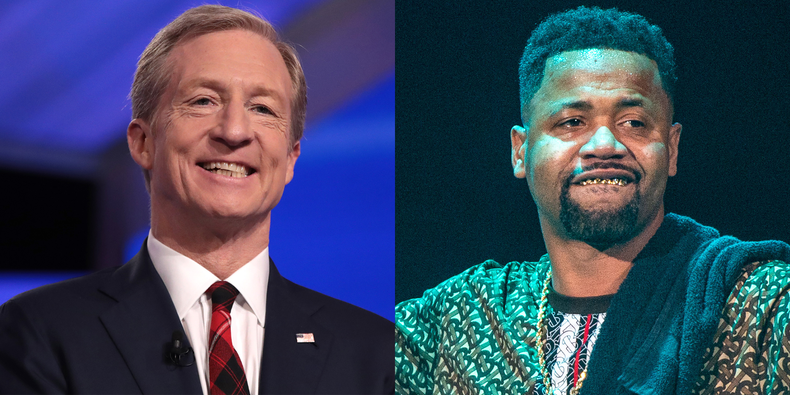 Last night, at a campaign rally in South Carolina, Democratic presidential candidate Tom Steyer joined Juvenile on stage as the rapper performed his 400 Degreez hit “Back That Azz Up.” Steyer, who’s currently sitting at 2% in the national polls, appears enthusiastic in the video footage captured by journalists in attendance, though it is unclear if he knows any of the lyrics. Find some of those clips below.

Juvenile and gospel singer Yolanda Adams were the musical guests at Steyer’s rally, which was held at a gymnasium on the campus of Allen University. He previously recruited TLC to perform at another one of his campaign events.