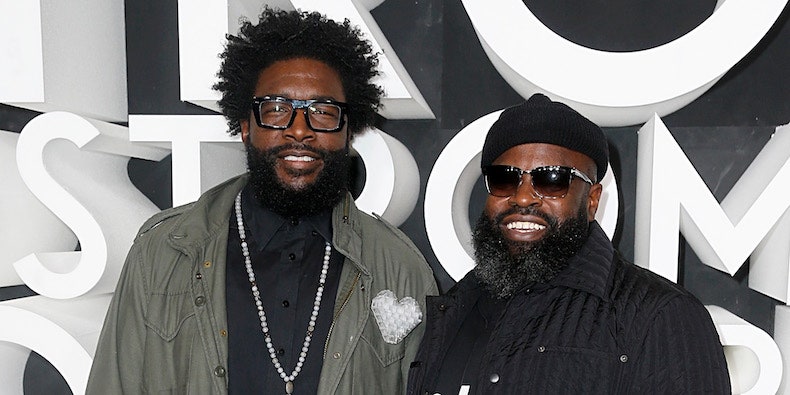 The Roots have had a section of street renamed in their honor in their home city of Philadelphia. Take a look at the new signage below.

Questlove shared the news on Instagram Sunday by reposting another account’s snapshot and description of a sign bearing the new street name. According to Questlove’s caption, Avenue of the Roots follows a stretch of East Passyunk Avenue below South Street in the eastern side of Philadelphia. The drummer claimed the city made the decision to make the change recently but he thought the announcement would come later in May. “Cats was like “NOAP!!! WE FINNA PUT THIS JAWN UP NOW!!!!!,” he wrote.

Pitchfork has reached out to the Roots for further comment.