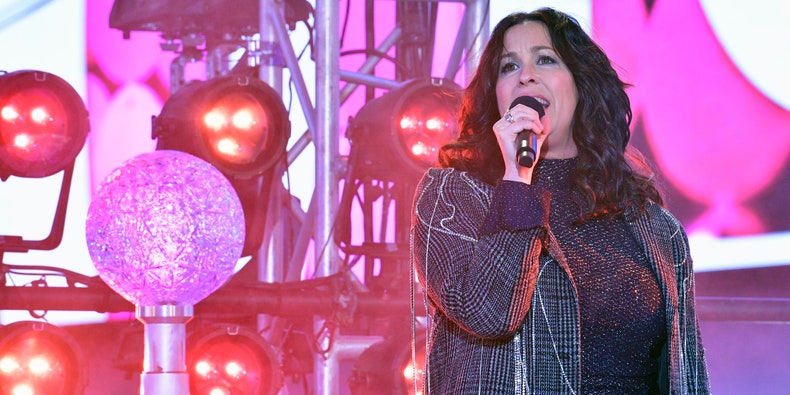 Alanis Morissette has shared a new song. Listen to “Smiling,” the opener of her new LP Such Pretty Forks in the Road, below. Co-written with Michael Farrell and produced by Alex Hope, the single appears in the Jagged Little Pill Broadway show.

Such Pretty Forks in the Road, Morissette’s first album since 2012’s Havoc and Bright Lights, arrives May 1. She previously shared a song called “Reasons I Drink” from the LP, along with news of a Jagged Little Pill anniversary tour. Support comes from Liz Phair and Garbage, who both played on Morissette’s 1998 tour of the record. Check out the dates and buy tickets here. (Pitchfork may earn a commission from purchases made through affiliate links on our site.)