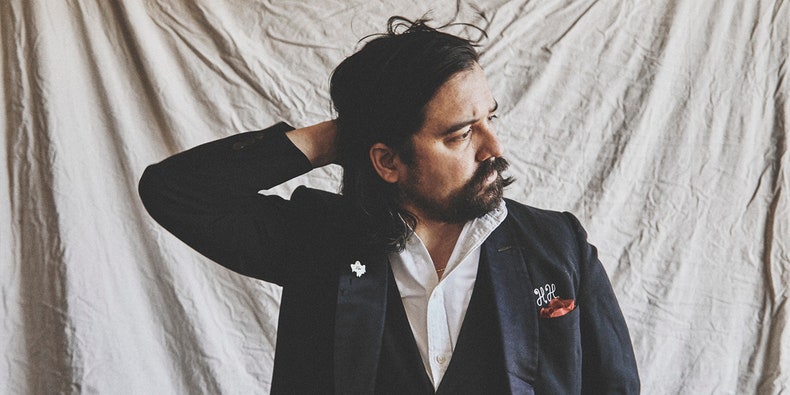 Man Man are back. The group has announced Dream Hunting in the Valley of the In-Between, its first new album since 2013’s On Oni Pond. The new record arrives May 1 via Man Man’s new label home, Sub Pop. Watch the lyric video for the new song “Cloud Nein” below (via Rolling Stone).

Honus Honus wrote Dream Hunting over three and half years at a friend’s Los Angeles guesthouse that had “an old upright piano, a thrift store lamp, and nothing else,” according to a press release.

“I had chord progression notes that looked like chicken scratch and lyrics on pieces of paper stuck all over the walls. It looked like I was about to break the big case, catch the killer,” Honus Honus said in the press release. “One of the best things about this time, in these ‘lost in the wilderness/surreal exile from my own band’ years, was that I finally found players who believed in me, trusted my vision, respected my songwriting. It was rejuvenating.”

Dream Hunting in the Valley of the In-Between: