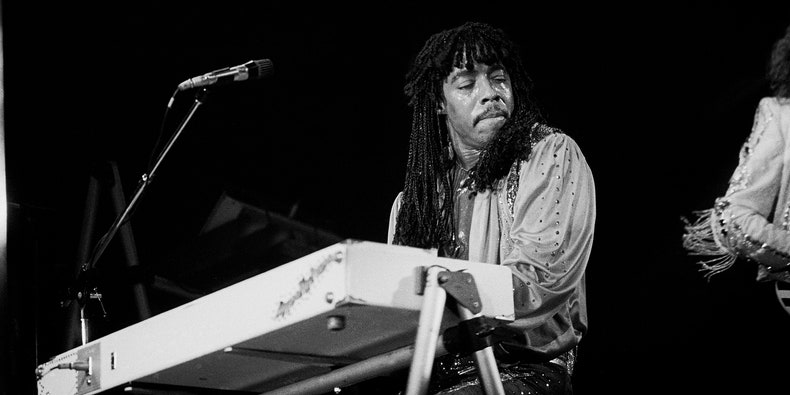 An anonymous New York woman is seeking damages against late singer Rick James for allegedly raping her in 1979 when she was 15 years old, according to the Associated Press and court documents viewed by Pitchfork. The lawsuit was brought under New York’s Child Victims Act, a piece of legislation signed into law in 2019 that extends the statute of limitations for survivors of child sexual abuse.

In an affidavit filed on (February 13) in Erie County Supreme Court, the woman details an alleged incident from the spring of 1979, during which time she claims that James visited the youth detention center where she was living. The plaintiff states that James was brought through the dining room to meet the girls who lived at the center. She notes that the other girls were excited to meet James. “I did not know who Rick James was and shrugged and said I don’t know him,” she writes in the filing. “Almost immediately, Rick James was very suggestive and inappropriate towards me. He made me feel very uncomfortable.”

The plaintiff states that following this exchange, she retired to her room to read. “As I was laying on my belly on my bed,” she writes, “Rick James came into my bedroom and swiftly laid on top of me. He grabbed my hair and pushed my head into the pillow. I tried to fight him off, but he told me, ‘Shut up and quit moving or I’ll cut you.’ He violently ripped off my underwear and proceeded to violent rape me and ejaculate inside of me.” James then allegedly threatened that if she ever told anyone, he “would know where to find” her.

The unnamed plaintiff states that the alleged incident has caused her years of physical, psychological, and emotional injury. She also cites struggles with alcohol abuse and drug use, suicidal thoughts, depression, anxiety, and other repercussions following the alleged assault.

The woman is seeking damages in the amount of $50 million. The James Ambrose Johnson Jr. 1999 Trust, which is run by the late singer’s estate, has been formally summoned by the court.

James has been accused of abuse in the past. In 1993, the singer was convicted of assaulting two women. The first attack occurred in 1991, during which time James and then-girlfriend Tanya Anne Hijazi were arrested for allegedly imprisoning and torturing a 24-year-old woman over a three day period at James’ Hollywood Hills home. The second assault occurred in 1992 in a hotel room while he was out on bail. James was subsequently sentenced to over two years in state prison. A jury acquitted him on a torture charge.

In 2002, he was under investigation for the alleged sexual assault of a woman at his home. James died in 2004.

Pitchfork has reached out to Rick James’ estate and the plaintiff’s attorney for comment.

If you or someone you know has been affected by sexual assault, we encourage you to reach out for support: