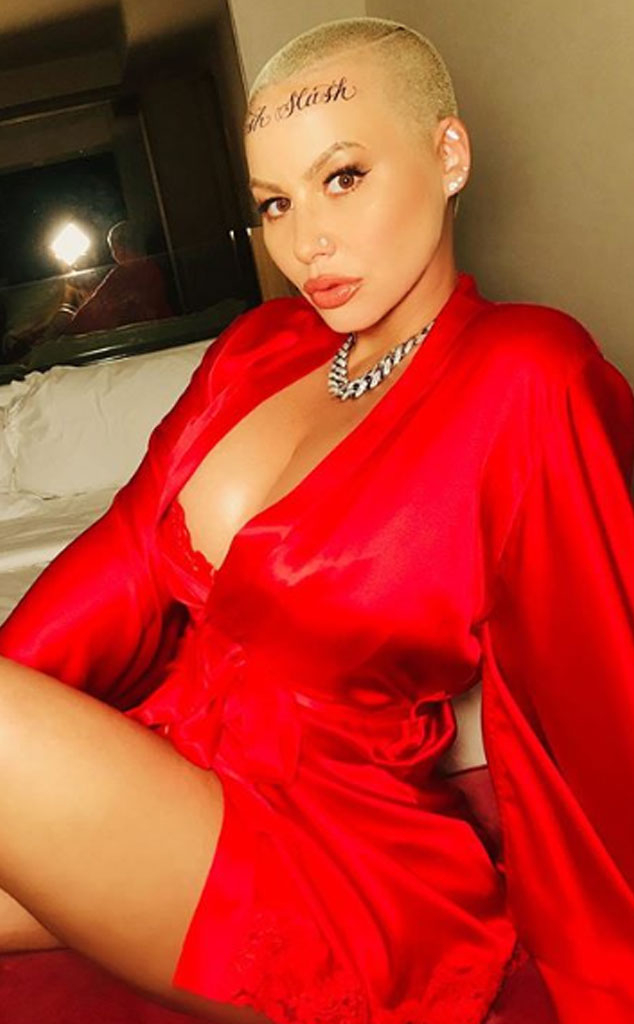 Amber Rose isn’t letting the haters get to her.

The 36-year-old star recently debuted her face tattoo on Instagram, which pays tribute to her two kids, Sebastian Thomaz and Slash Edwards.

The words “Bash Slash” are written across her forehead, and while Muva loved her new ink, some were quick to criticize it.

In true Rose fashion, though, she clapped back at the people leaving her negative comments.

“For the people that are telling me I’m too pretty for a face tat are the same people that would tell me that I’m ‘too pretty’ even if they thought I was ugly and lie to me Lol,” she said.

Adding, “Or they would just tell me I’m ugly so either way the moral of the story is do whatever the f–k you want in life – muva.”

That motto couldn’t be more true.

During an appearance on Fox Soul TV on Wednesday night, the 36-year-old model shared those same sentiments. She opened up about what inspired her to finally get the face tattoo that she’d been wanting for a quite some time.

“I gotta be honest, and I don’t want this to sound corny, but after Kobe [Bryant] died it made me reflect on my life,” Rose shared on Fox Soul TV.

She pointed out that Kobe’s death wasn’t the sole reason for her getting the tattoo but, as she put it, it was also “kind of like that.”

“I thought about my dad and my dad had cancer when he was 40, and he went through remission and he’s good now but he almost died,” she continued. “And I’m 36… I’ve been wanting this tattoo for a long time… life is so short, just do it. Just live your best life with no regrets.”

Despite having some haters over new ink, Rose revealed that her biggest supporter was her boyfriend, Alexander “AE” Edwards, whom she welcomed a baby boy with last October.

“[Alexander] encouraged it,” she said of him cheering her on. “He was just like, ‘Baby get it! You gotta get it!'”

As for the haters who keep commenting about her face tattoo… Rose has a message for them.

“I’ve been through worse scrutiny than the tattoo. I sleep like a baby every night,” she said. “I don’t even worry.”