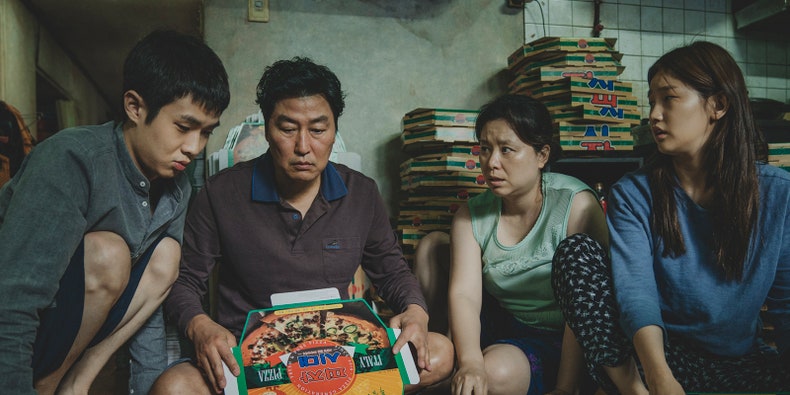 At the 2020 Oscars tonight, Bong Joon-ho’s film Parasite picked up the Oscar for Best Picture. The film won over Martin Scorsese’s The Irishman, Quentin Tarantino’s Once Upon a Time … in Hollywood, Greta Gerwig’s Little Women, Noah Baumbach’s Marriage Story, 1917, Jojo Rabbit, and Joker.

Parasite is a satire about a struggling working-class family who ingratiate themselves as domestic workers in the lives of a wealthy family, a relationship that harrowingly exposes their class divide. Parasite also won awards for Best Director, Best International Feature Film, and Best Original Screenplay. The film was also nominated for Best Production Design and Best Film Editing at tonight’s ceremony.