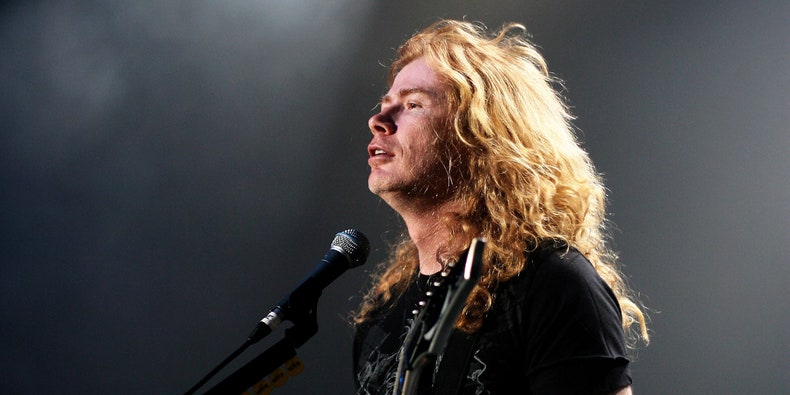 Dave Mustaine, co-founder and frontman of Megadeth, says that he has been cleared of cancer, as Rolling Stone notes. He made the announcement during Megadeth’s concert on Friday, January 31 at London’s SSE Arena.

After discussing his diagnosis and treatment for throat cancer, he revealed to the audience, “On October 16, I went to go see the doctor, and he said, ‘You’re 100 percent free of cancer.’” Mustaine continued, “It felt really good to be able to come out here and stand on this stage in front of so many of my old friends here in London.” You can hear Mustaine’s full comments in Ohcantona Gigs’ video (around the 28-minute mark).

When reached by Pitchfork, a representative for Universal Music Group said, “Dave Mustaine reported from the stage at Wembley that he is cancer free. He is playing to sold-out crowds throughout Europe and is thrilled to be back on the road with his fans.”

Dave Mustaine first revealed his throat cancer diagnosis in June 2019. “It’s clearly something to be respected and faced head on,” he wrote at the time, “but I’ve faced obstacles before.”