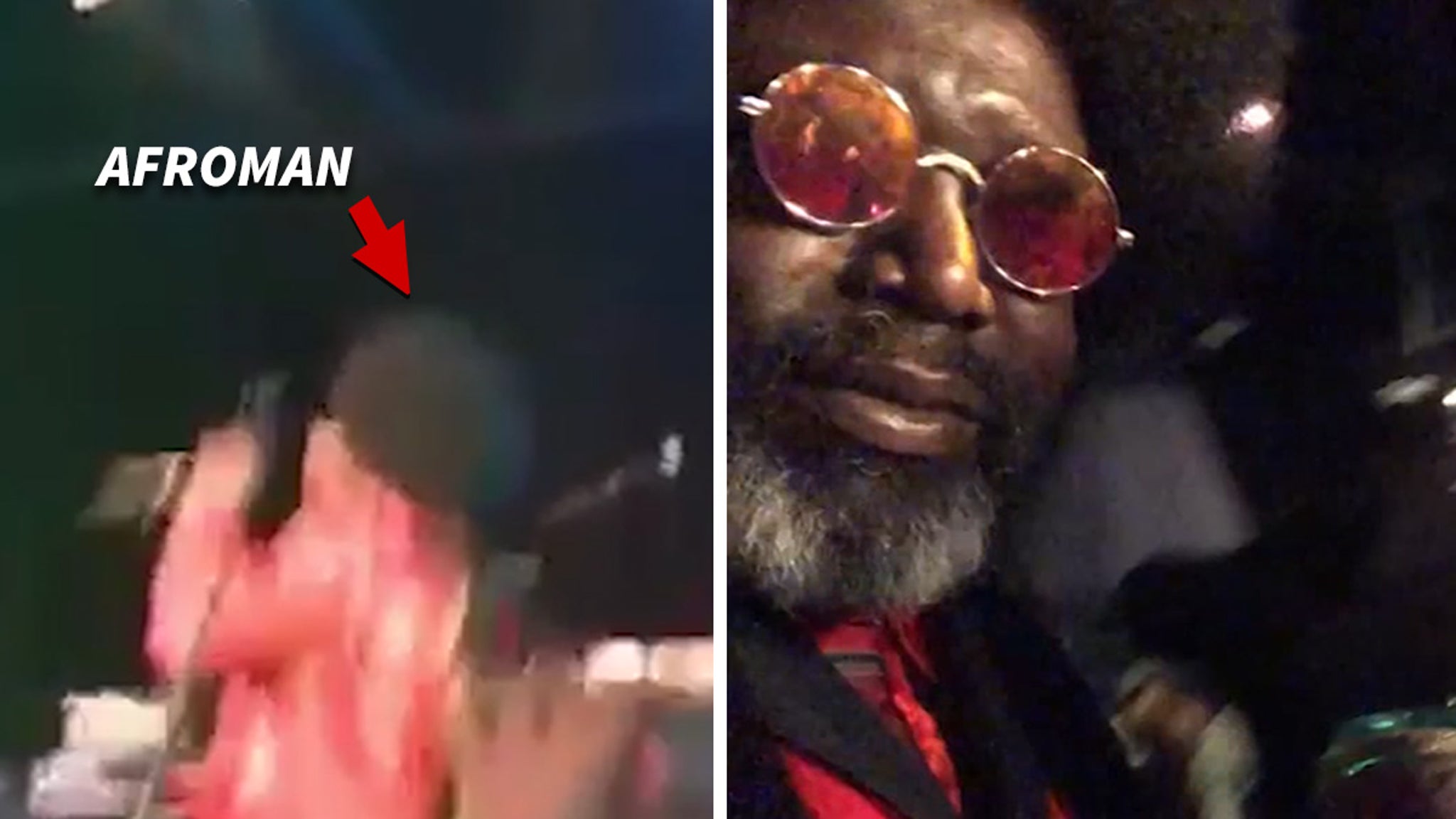 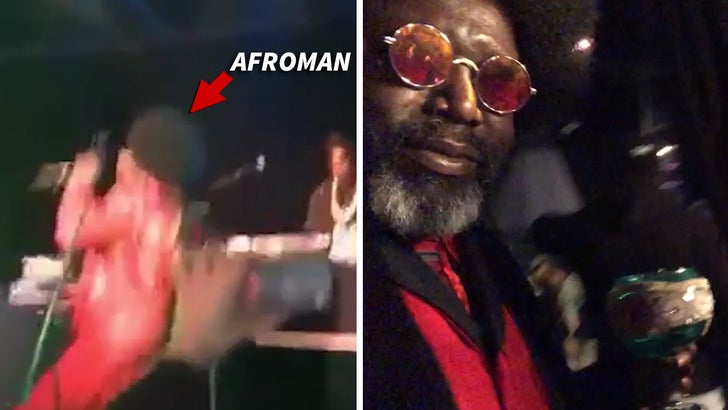 Afroman took a giant misstep while performing one of his hit tracks, and even though he went down hard … he found a way to save his beloved pimp cup!!!

The rapper was in the middle of his famous song “Crazy Rap” — AKA “Colt 45 and 2 Zig Zags” — Saturday night at Montbleu Resort in Lake Tahoe when he took the spill off the stage. He popped right back up with a little assistance though … and kept the flow going.

As you can see, he was holding the mic in his left hand and his pimp cup in his right before he fell … and he says he saved the cup from any harm.

Afroman’s producer, Ditch, tells TMZ … the rapper’s glass is no cheap knockoff — it comes from Debbie the Glass Lady, creator of the Crunk Cup, and goes for about $3,000.

Ditch also says Afroman was not injured in the incident, but we pretty much already knew that … because he was dancing it up with a mystery girl after his show, pimp cup still in hand.

Baby, that’s all he needs.

Dwayne Johnson Shares That His Mom Was In A Car Crash, And The Photo Is Scary
‘Body Snatchers’ – Watch Abel Ferrara’s 1993 Adaptation on SCREAMBOX Now!
Inside the luxurious $60K Grammy gift bags: Robot dogs and liposuction
What Is Happening In Publishing?
‘A Christmas Story’ and ‘Close Encounters’ Actress Melinda Dillon Has Passed Away at 83