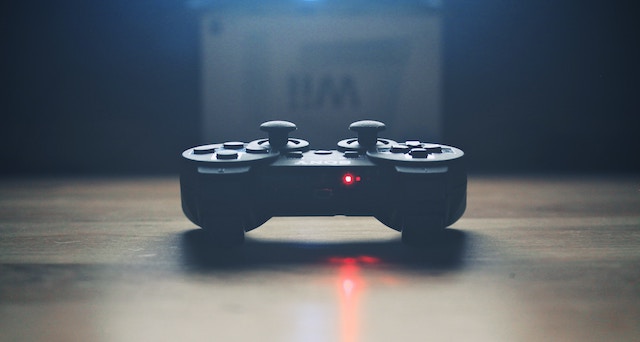 Some stories are meant to be explored beyond their pages. Whether this means they are adapted for stage or screen, I firmly believe that book adaptations can not only provide an entertaining experience for their readers (provided they are done well) but can also reach a wide audience of potential new bookworms.

However, my favourite book adaptation avenue is the video game, because it allows the player to be at the heart of the narrative they love, and see familiar sights with a new, interactive perspective.

For example, Andrzej Sapkowski’s The Witcher series inspired game development studio CD Projeckt to create a hugely popular series of games that bring the player into Geralt’s world to experience the ultimate fantasy – being a buff monster-slaying mutant – from the comfort of their own home. The game enhances the original qualities of the story and communicates character motivation through gameplay; you wander this wild world alone, only dipping in and out of others’ lives briefly to find their missing frying pan or track a serial killer, before disappearing into the mountains of Skellige for several days. But it’s not a lonely story; despite this isolation, the breathless vistas and assorted creatures to fight have us excited to run free and get into trouble. Geralt is more at home amongst bracken and beasts than high society, like we begin to be.

Video games also allow a player to understand the wider questions and problems raised by a story by making them an active participant. Sure, it’s one thing to understand Ayn Rand’s theory of objectivism in Atlas Shrugged, but another thing to be wandering around its failed, drowned project in BioShock, stumbling over the bodies that you, a product of capitalist greed, laid down in the name of…class consciousness?

Books offer us the chance to glimpse into the lives of our favourite characters as we follow them on adventures.  The video game makes you a character, and the best ones are able to transpose the detailed prose and intimate internal dialogue into an immersive escape.

So, here are some books that I think would make great video games, either due to their impeccable and addictive world building, its entertaining cast of diverse characters, or intriguing atmosphere. If any game development studios want to get in touch, my inbox is open. 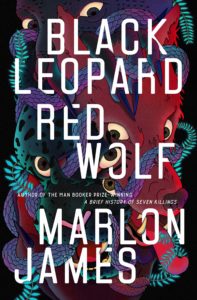 Inspired by African history and mythology, this adult fantasy epic follows Tracker, a man with a supernaturally powerful sense of smell, who is tasked with finding a missing child. From this seemingly simple starting point, Tracker’s adventures almost immediately veer off the intended course and we are suddenly on a gruesome but gorgeous journey through perilous landscapes where monsters and menace lurk at every turn. It’s a story of the trip, not the destination (particularly because the narrative opens with Tracker telling us what happened at the end of his mission), which violently challenges not only the characters’ resilience, but the reader’s.

The world that Tracker explores makes this book a perfect candidate for a video game adaptation. There are swamps, jungles where time doesn’t exist, towns decimated by vicious demon attacks, dark caves, and more, which are all described in such a way that you want to go inside the pages and walk around them yourself. Preferably while heavily armed. The book’s narrative structure – or lack of it – additionally brings to mind the experience of doing all the side quests in a game, rather than the main quest, as Tracker and his team seem to meander around random places at any opportunity. Therefore, like The Witcher, this book would suit an open-world game littered with small quests and fights that flesh out the dynamic between the North and South Kingdoms, as well as emphasise Tracker’s ironic ability of making the road longer than apparently necessary.

Tracker also begins to collect companions along the way. There’s the eponymous Leopard (a shapeshifter who cannot remember if he is a man who can turn into a leopard, or a leopard who can turn into a man), an anxious gentle giant, an ancient Moon Spirit woman, and so many more that come and go from the party at various intervals. Due to this dynamic, I think an adaptation of this book would benefit from a turn-based combat system akin to Toby Fox’s Deltarune or BioWare’s Dragon Age: Inquisition. Also, one of the running subplots in the book is Tracker exploring his sexuality and falling in love with both male and female partners, and the refreshing openness of romance options would be a great addition.

Teeth in the Mist by Dawn Kurtagich 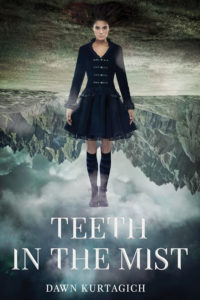 Split across three timelines, this YA horror tells the story of a strange house on a hill in Wales, where mysterious goings-on have left it with a bloody history ripe for hauntings. Zoey is a present-day teenager who runs away from home to find out how her family is connected to the house, whilst also harbouring dangerous blood magic within her. Roan is a 17-year old in the mid-1800s who arrives at the gothic Medwyn Mill House as a ward, where she uncovers the house’s ancient curses. Hermione is a bride and a mother in 1583, whose diary entries gradually detail a descent into paranoia as the people around her suddenly start vanishing without a trace on the hill. Slowly, these women’s stories begin to converge and a fight with an unholy power looms.

Teeth In The Mist would make a fantastically moody and atmospheric psychological, paranormal horror game, as its setting strongly reminds me of Silent Hill: the fog is thick, the locals are suspicious, madness slowly poisons anyone who digs too deep, and the characters realise that they are connected to things more violent and strange than they thought. I would like to see an adaptation of this book that evokes a similar design and perspective as Yume Nikki as the violently surreal and reality-bending moments in the narrative would be easily complimented by a similarly unsettling aesthetic that can reflect the disturbances of the protagonists. Furthermore, the somewhat distanced view that the player has from their small pixelated character would only enhance the prevailing idea, throughout Teeth In The Mist, that the characters are being controlled by the history of their blood and lack a degree of agency.

I’d like this adaptation to take inspiration from the choice presented to the player at the beginning of Dishonored 2: to choose to play as one of the three women in the first person, which would radically alter which environments, timeline, and powers that the player has, making three unique narratives and increasing replayability.

The Disasters by M.K. England 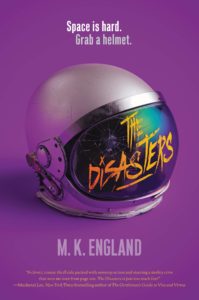 Nax Hall has been kicked out of a futuristic space pilot school and is supposed to be heading back to planet Earth when he and his fellow dropouts are suddenly framed for an intergalactic war crime. Now fugitives on the run, Nax must figure out how to prove his innocence and save the galaxy, while also falling a little bit in love with all of his new friends and pretty much anyone who smiles at him.

This book immediately made me think of sci-fi video games like Mass Effect (and, honestly, Super Mario Galaxy for how fun and whimsical it is). There are intense spaceship piloting sequences that would make interesting action sections; undercover stealth missions that have the potential to go terribly wrong; high-tech blasters and other equipment that could introduce upgrades or a crafting system, and, most importantly…so many romance options! Nax Hall is the epitome of a disaster bi, and the team he finds himself the captain of is also packed with diverse characters, including trans and Muslim representation. It’s so easy to envision playing as Nax, infiltrating complicated government buildings and knocking out guards one moment, and then utterly failing at romanceable NPC options the next.

While I think this book would work great as a third-person 3D game, with an emphasis on sneaking around and resourcefulness as Nax must find ways to keep a low profile from the law, I would also entertain the idea of it playing out like a visual novel, as the interactions with the large supporting cast is what makes this book so enjoyable, and is really at the core of Nax’s narrative: finding himself and home amongst the chaos of everyday space.

A Dead Djinn in Cairo by P. Djeli Clark 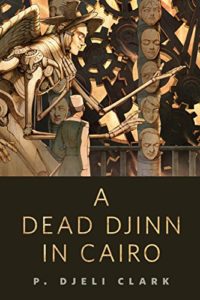 Set in the early 1900s, in an alternate version of Egypt which resisted British colonialism and since flourished, Fatma el-Sha’arawi is a Special Investigator hunting down the truth about a mysterious ‘suicide’ involving djinn, angels, and assassins. Cairo has become a steampunk world where technology and magic collide and coexist, as ghosts haunt the streets and clockwork giants roam and Fatma must face otherworldly evils to crack the case.

The world-building in this novella is immediately engaging and just downright awesome. The blending of the mythical with the industrial is done so well, and the character of Fatma will be an instant favourite. She dresses like an old-timey English gentleman, takes no nonsense, and is determined to prove her skills in the field. Due to her fantastic personality and range of abilities, I can picture an adaptation of this game featuring a skill-tree, in which Fatma’s different faculties can be enhanced as you go. This would create a unique playing experience depending on whether the player wants to solve crimes using brute strength (by leveling up Fatma’s fighting skills) or more subtle investigation (by upgrading her social skills to unlock more interrogative dialogue options, for example).

I’d love a game adaptation of this story as the thriving city of Cairo is rendered to gorgeously by the prose, and being able to run around it for yourself, discovering its secrets and appreciating its majesty, would provide hours of endless exploration.