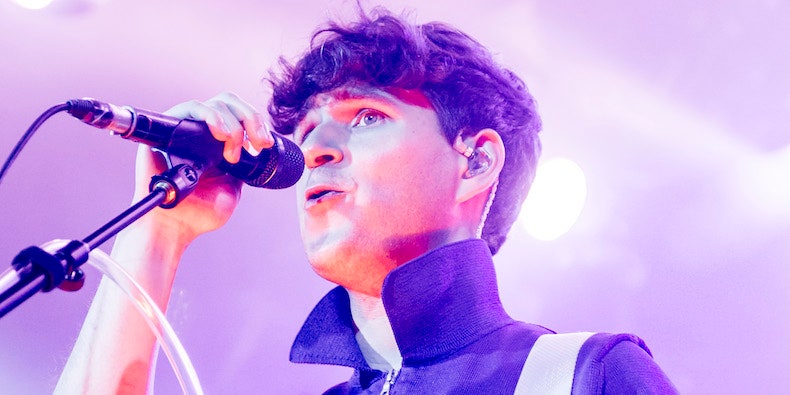 Vampire Weekend performed a set at Bernie Sanders’ rally in Cedar Rapids, Iowa tonight (February 1). They played “2021,” “Cape Cod Kwassa Kwassa,” “Holiday,” “This Life,” and a cover of Thin Lizzy’s “The Boys are Back in Town.” Check out video of the performance below.

Saturday night’s appearance with Sanders wasn’t the first for the band, who joined him several times during his 2016 presidential bid.

On Friday night, Bon Iver’s Justin Vernon played an acoustic set at the senator’s rally in Clive, Iowa to drum up additional support for Sanders ahead of Monday’s caucus. Killer Mike and the Strokes have also recently thrown their increased efforts behind Sanders, with the latter appearing at a rally for Sanders in New Hampshire on February 10.

“The Boys are Back in Town” (Thin Lizzy)