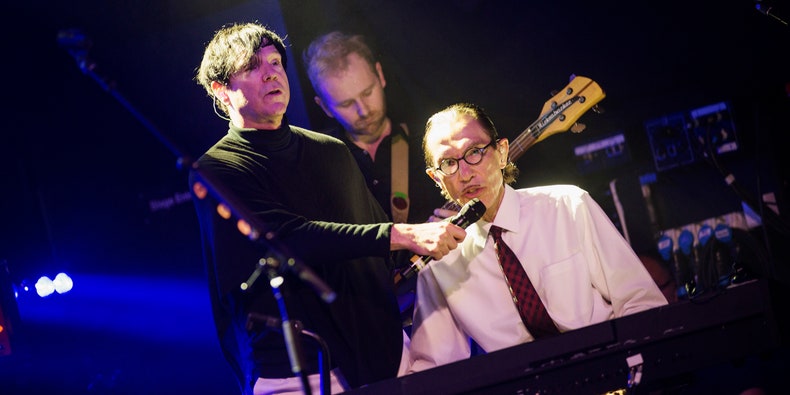 Sparks have announced a new album, A Steady Drip, Drip, Drip. It’s out May 15 via BMG. The sibling duo of Ron and Russell Mael have also revealed a slew of European tour dates kicking off October 11 in Oslo, Norway and wrapping up October 27 in Dublin, Ireland. Find their full itinerary below along with an announcement video for the new LP.

A Steady Drip, Drip, Drip is Sparks’ follow-up to their 2017 album Hippopotamus. In the announcement video for the new LP, Sparks also mention the forthcoming documentary about the band directed by Edgar Wright (Shaun of the Dead, Baby Driver), as well as a Sparks-penned musical film titled Annette, which stars Adam Driver and Marion Cotillard.