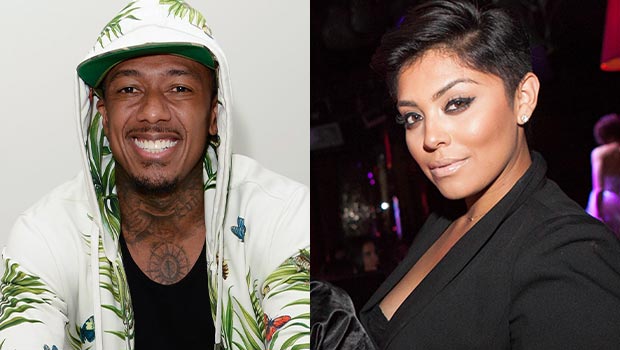 Nick Cannon brought the gift of music to his kids this holiday season. Abby De La Rosa took to her Instagram Story on Sunday, Dec. 25 to share a glimpse of the father of 11, 42, spending quality time with their three kids on Christmas by playing the piano for them. The couple shares a 1-month-old daughter, Beautiful Zeppelin, and twin sons, Zion and Zillion, 18 months. “Ever since I was pregnant with the twins, I’ve always asked Nick to play the piano for me on such a special day,” the model, 32, wrote over a black and white image from their first Christmas together in 2020 (seen here).

Next, she shared a sweet snapshot of Zion and Zillion on either side of the piano as she and Nick sat next to one another on the piano bench wearing Santa hats. Beautiful appeared to be in her baby sleeper off to the side. In the bottom right corner of the black and white pic, Abby added a quote: “Life is like a piano; the white keys represent happiness and the black show sadness. But as you go through life’s journey, remember that the black keys also create music.”

“Merry Christmas to you and yours. Hope you created your music today,” she wrote after the quote.

The jam session comes as no surprise, as Nick previously gushed that his youngest set of twins love music in an Instagram video that showed him pushing them in a stroller as they listened to Charlie “Uncle Charlie” Wilson. “What can I say… my whole family loves music!!! Zilly and Zion boppin to the classics on the way to the park!” he captioned the video.

Nick and Abby have certainly been in the holiday spirit this season, as just a few days before Christmas, the couple took their adorable trio to an immersive exhibit of The Nutcracker. Abby took to her Story to show some footage from their magical time, some of which showed their twins getting their energy out by pacing around the venue. In her snaps, she called the outing an “epic” time and described the entire family as “completely immersed” in the experience.

As noted above, Nick shares three of his 11 kids with Abby. He also has a child on the way with Alyssa Scott. The rapper and TV personality welcomed a boy named Zen in 2021 with Alyssa, but he tragically died at the age of 5 months in December of that year due to a brain tumor. As fans know, Nick also shares 11-year-old twins Monroe and Moroccan with his ex-wife Mariah Carey. The Miracles Across 125th Street executive producer also shares sons Golden Sagon, 5, and Rise Messiah, 3 months, and daughter, Powerful Queen, 23 months, with model Brittany Bell. He welcomed son Legendary Love, 4 months, with model Bre Tiesi and daughter Onyx Ice Cole, 3 months, with LaNisha Cole this year.

Nick Cannon’s 12 Kids: Everything To Know About His Children, Including Those He’s Expecting

Nick certainly felt the pressure of having such an extensive lineage this holiday season, admitting on a December episode of The Checkup with Dr. David Agus that he worries about not having enough time for all of his kids. “Being a father of multiple kids, it’s always the biggest guilt on me is that I don’t get to spend enough time with all my children,” he confessed. “One ’cause I’m constantly working and two because I’m just spread thin.”

Anne Hathaway Recalls Being Asked A Creepy Question By A Journalist When Just 16 Years Old
It’s More Dangerous to Be Pregnant in Post-Roe America
Connie Britton Weighs in on a White Lotus Season 3 Return
Against the Currant
Lexie In ‘Safe Haven’ ‘Memba Her?!