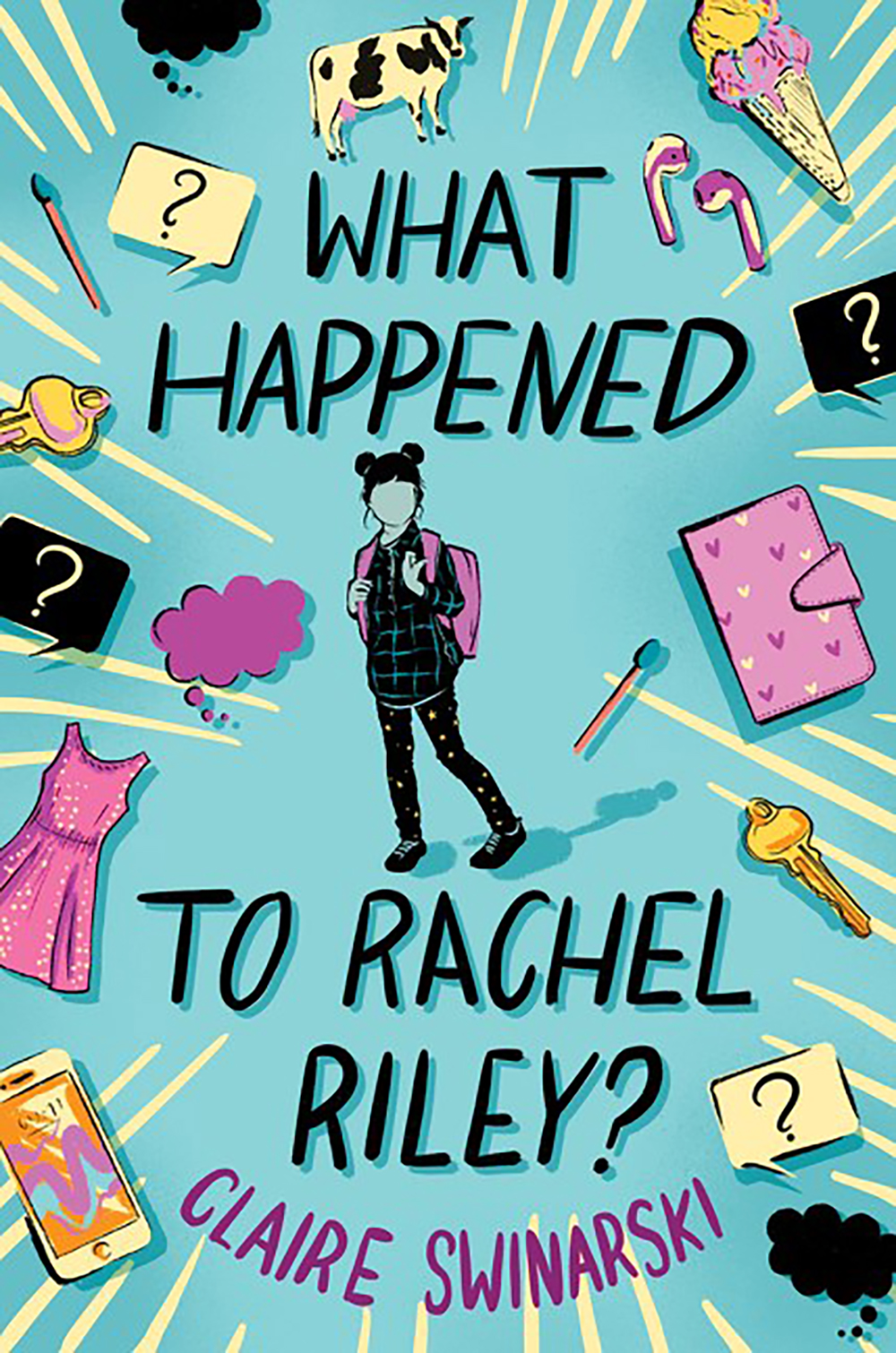 Anna, the new kid in town, is an aspiring journalist who loves listening to podcasts, reading and emailing her grandmother, Babcia, who lives in Poland. Anna dreams of being accepted to the summer podcasting camp at Northwestern University, but she needs to create an outstanding podcasting sample for her application. In the meantime, she’s also trying her best to make friends at her new school.

When Anna’s Social Issues teacher assigns a semester-long “un-essay” project about any social question of personal interest, Anna decides that investigating Rachel’s precipitous fall from grace is the perfect way to achieve all her goals. She’ll interview Rachel and their classmates about what happened and get to know people along the way. Sure, she might ruffle some feathers, but that’s part of being a journalist.

Text messages, passed notes, emails, flyers and interview transcripts enable readers to join Anna as she gains insight into East Middle School, deftly illustrating how even casual conversations can layer upon one another and grow into a rising tide of peer pressure. When Anna realizes that Rachel’s ostracization is tied to a sexual harassment “game” that the boys have been playing at the girls’ expense, she’s understandably uncertain about what to do next. Through Rachel’s experiences, Anna has seen how dangerous it can be to reveal secrets, to make a fuss and stand out from the crowd. But could it be worth doing anyway, if it leads to real change?

Claire Swinarski has created a strikingly realistic depiction of what it’s like to navigate the minefields of middle school while trying to figure out what you stand for—and what you’re willing to stand up for. What Happened to Rachel Riley? is both timely and, unfortunately, timeless in its depiction of systemic sexual harassment and and frustratingly inappropriate reactions from authority figures and peers. This compelling novel urges readers to consider what they might do in similar situations and reminds them that “sometimes, fairness has to be demanded instead of waited for.”

“God Is Now Here”: Revisiting Matt Reeves’ Paranormal Procedural “Miracles” for Its 20th Anniversary
The Rules We Break
James Cameron’s Wife: Meet His Spouse Suzy Amis, Plus Everything On His 4 Previous Marriages
Look Back at Lisa Marie Presley’s Most Tender Moments With Her Kids
Kathy Hilton Breaks Silence On Daughter Paris Welcoming 1st Child: ‘Thank You For This Perfect Addition’