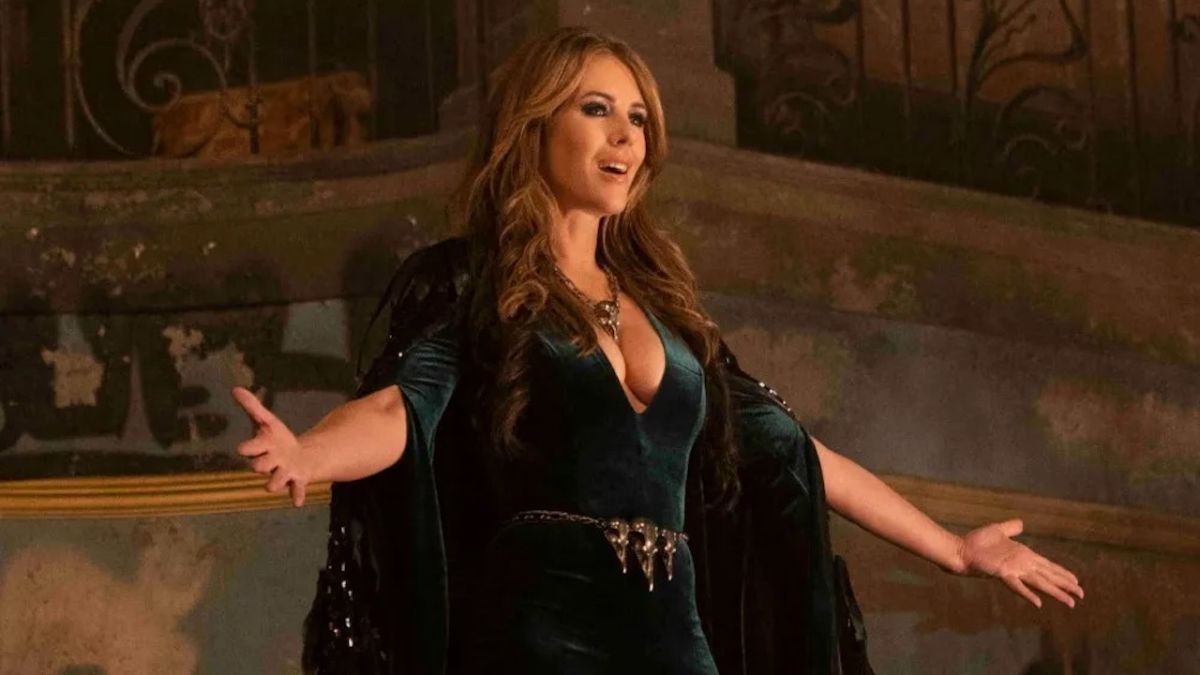 Elizabeth Hurley has been professionally acting for 35 years now, with her early work including Rowing with the Wind, Passenger 57, Christabel, Act of Will and even an episode of The Young Indiana Jones Chronicles (which can be viewed with a Paramount+ subscription). She continues to keep busy these days with a variety of projects, but for those curious how she’s doing when not on camera, the actress has now adopted the no-pants look, proving that she continues to be ageless.

Taking to her Instagram page, Elizabeth Hurley shared a picture of herself wearing only a Christmas-themed sweatshirt designed by her friend Patrick Cox, who founded Doors of Perception, an “entheogenic apparel” line that makes “consciousness-raising clothing” straight from Ibiza and is “ethically sourced” and “sustainably produced.” Take a look!

Patrick Cox has been working in the fashion industry for almost 40 years (which includes shoe manufacturing), so the man obviously knows his way around clothing. Still, if you’re looking to get some attention on one of your new pieces of clothing, having Elizabeth Hurley model it… and only it will certainly turn some heads. This photo follows five years after Hurley posed topless on a cozy bed with white fur pillows, and in 2020, she shared a video of herself lifting weights in a bikini.

Elizabeth Hurley kicked off her time professional modeling back in 1995, two years before she starred opposite Mike Myers in the first Austin Powers movie. Along with having posed for various companies and campaigns, she also scored attention for the poster for her 2000 movie Bedazzled, which laying provocatively wearing only a bikini… oh yeah, and there was a snake draped over her. Hurley’s latest no-pants looks follows a few years after Alexandra Daddario advocated for such living, and Halle Berry also got in on that action.

As far as Elizabeth Hurley’s professional work from more recent years goes, she starred in 2019 as Morgan le Fay in the third and final season of Runaways, which is still available for Hulu subscribers to watch. A few years prior to that, she was among the lead actors on the E! soap opera The Royals. 2022 was a big year for Hurley on the Christmas movie front, as she appeared in both Christmas in Paradise and Christmas in the Caribbean. Between those and last year’s Father Christmas Is Back, she has quite the holiday run going, so hopefully she keeps that up in 2023.

Stay tuned to CinemaBlend for more updates on Elizabeth Hurley’s career, as well as if she shares any other no-pants looks on social media. Feel free to also look through the 2023 movie releases to figure out what cinematic entertainment you’ll be watching in theaters, on VOD or streaming in the coming year.