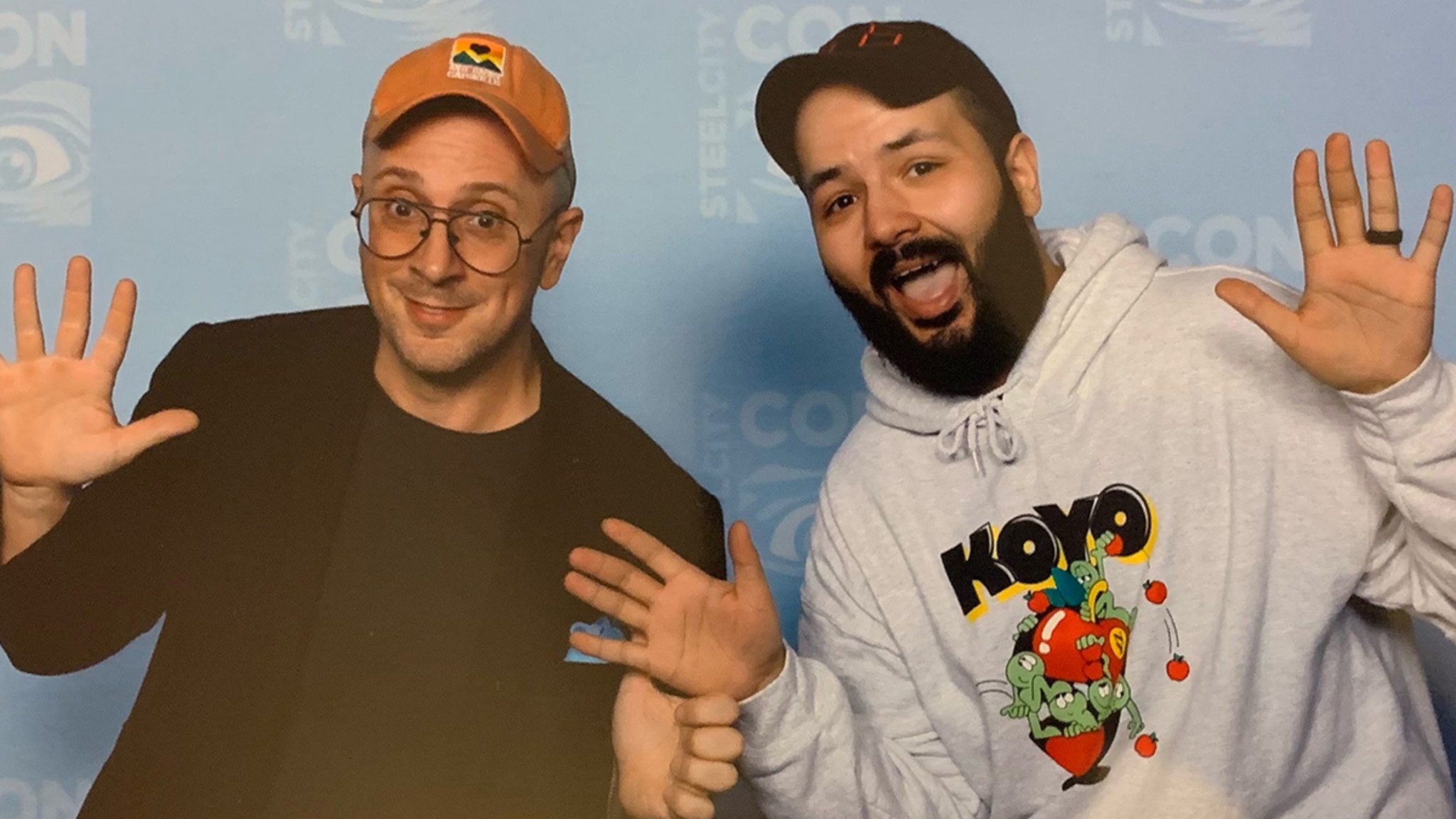 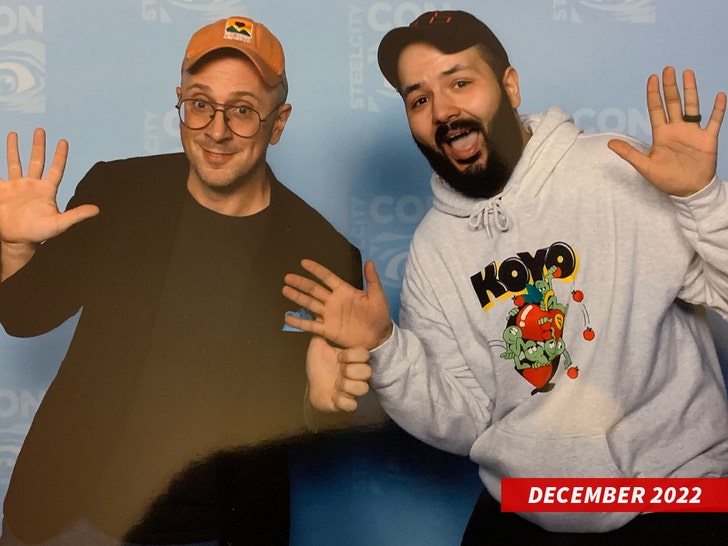 “Blue’s Clues” star Steve Burns unlocked a memory buried deep inside when a cancer survivor visited him at a convention — turns out they’d met 2 decades earlier thanks to the Make-A-Wish foundation.

Brandon Ragland tells TMZ … he’s been in remission for more than 23 years and recently reconnected with Steve at Steel City Con in Pennsylvania, some 22 years after their first face-to-face under much different circumstances. 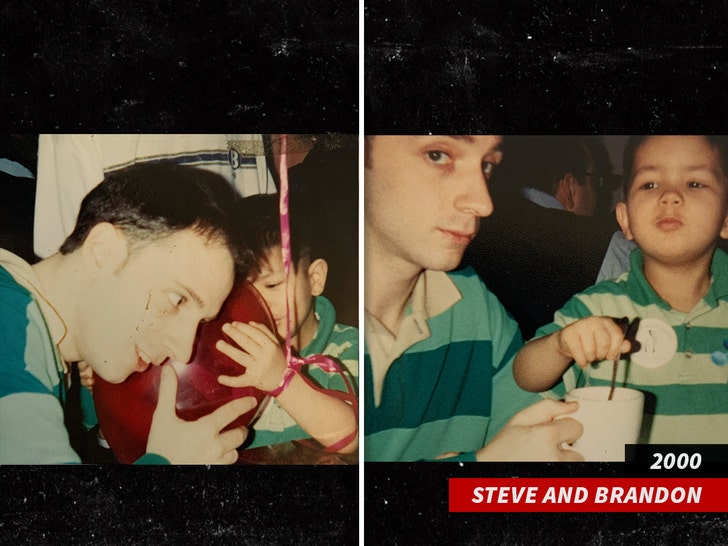 It’s pretty cool … Brandon says he walked up to Steve’s booth, shook the actor’s hand and pulled out a picture of the 2 of them from 2000 — back when Steve was a Make-A-Wish kid — and it all clicked for Steve, whose eyes lit up and said, “I remember this and you!”

Brandon says Steve told him a story about their first encounter at Serendipity 3 in NYC. Brandon was a 4-year-old meeting his fave TV star, and Steve recalls him being a wild child running around the restaurant. 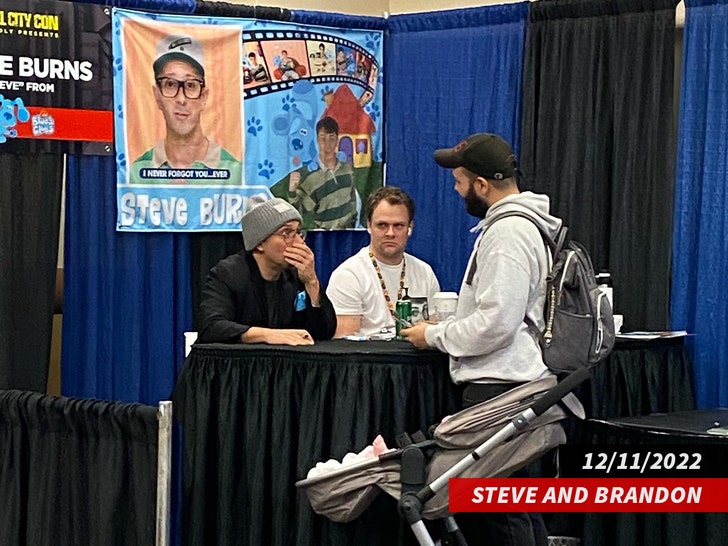 During their reunion, Steve asked Brandon for a new pic together, and then they both started crying. You can understand why all the water works — Brandon had stage 4 cancer in his kidneys and lungs when they first met, and now he’s 25 with a family of his own.

Brandon says Steve then pulled him in for a hug and said, “This made my entire year and I’m so glad you’re here.” 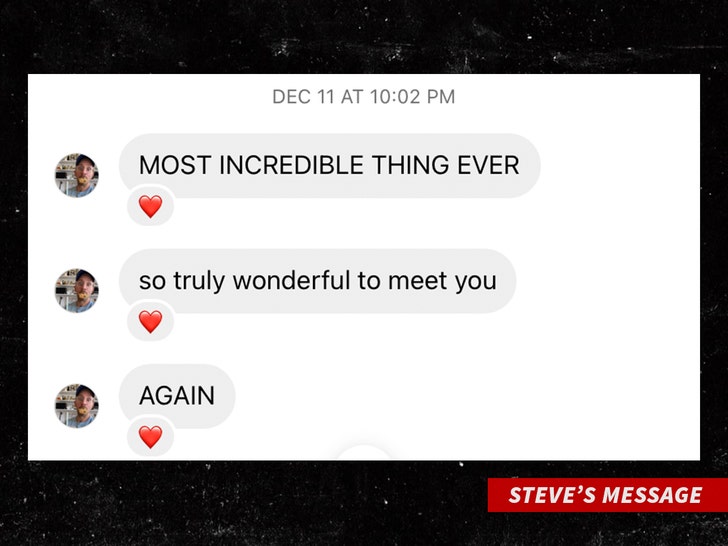 Since then, they’ve stayed in touch on social media … and Steve’s made it clear how proud he is that Brandon’s now a healthy father and husband.

BTW, their OG Make-A-Wish experience back in the day included dinner with Steve, a Toys “R” Us shopping spree … and tickets to “Blue’s Clues Live” in NYC.