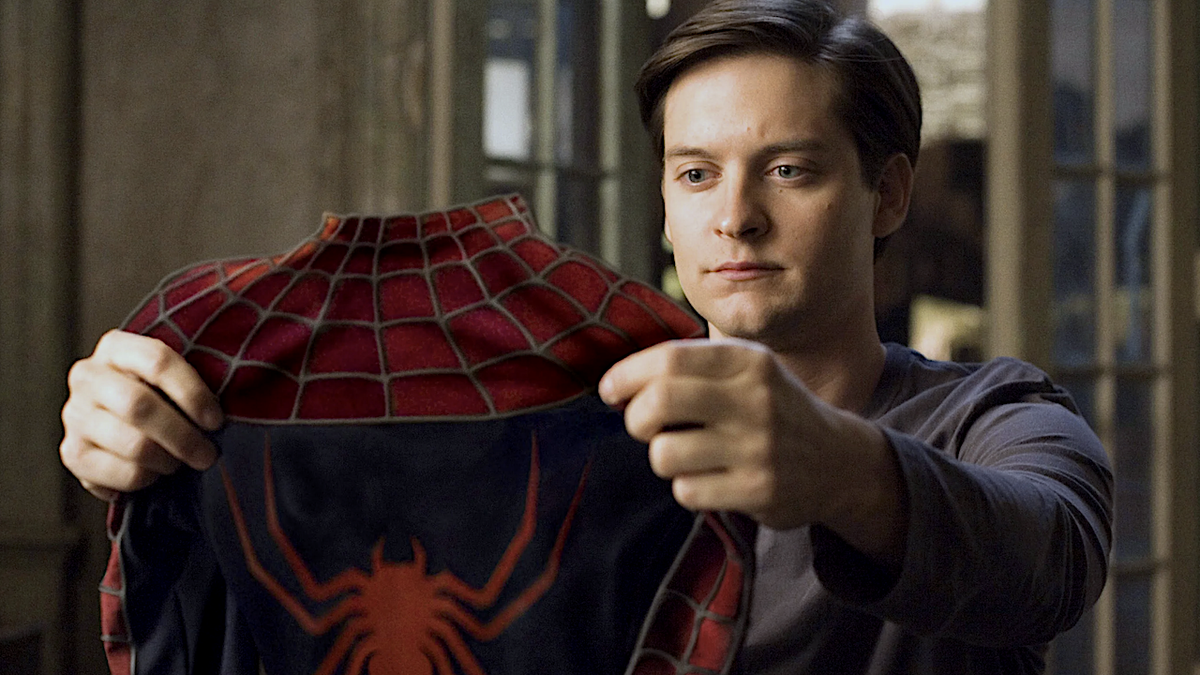 Tobey Maguire hasn’t acted a ton over the last decade, outside of No Way Home, but given his popularity as a young actor, his filmography is still stacked with tons of popular titles. From four live action Spider-Man movies to thoughtful and daring films like Pleasantville, Cider House Rules and Brothers, everyone outside of the absolute A+ list would gladly trade resumes with him. But what’s the one film that should be reserved for posterity? Well, that depends on who you ask.

Maguire stopped by Reddit to participate in an Ask Me Anything yesterday, and one user asked him which film he’d want remembered forever. Instead of answering directly, he told a story about Kate Winslet. Apparently the two were hanging out, and she called Tropic Thunder his “crowning achievement.” At first it seemed like a compliment, but the more he thought about it, the less he was sure. Check out his answer…

First of all, if you haven’t seen Tropic Thunder, you should get on that immediately. It’s one of the most insane, no holds barred comedies released in the last 20 years. There is no line it is unwilling to cross, and Tobey Maguire puts in a delightful cameo as part of a fake trailer opposite Robert Downey Jr where they play clergymen engaged in an illicit romance. It’s one of several characters played by the character RDJ plays in the movie, and while it doesn’t get nearly as much attention as the other, the one he does with Maguire is a perfect opening for the film.

Taking a step back though, I think the larger question at the heart of Maguire’s confusion with whether to be offended is an interesting one. If I said, for example, that someone else’s crowning achievement was a bit role in a fantastic movie, would that be offensive? Tom Cruise also has an insane and absolutely terrific role in Tropic Thunder. If Kate Winslet called that his crowning achievement, would he be offended? Probably not since he’s still reportedly “fixated” on the role and wants to do more with him. But maybe he wouldn’t be happy. Tropic Thunder certainly isn’t the best example of what either man has done during his career.

Regardless, Tobey Maguire is back in front of and behind the camera for Damien Chazelle’s new film Babylon. The Whiplash director’s three hour debaucherous epic about the rise of Hollywood is probably the most insane movie ride you can take this year. I absolutely, positively loved it, but it takes some really strange and bold chances that aren’t playing with everyone to the point where it could end up as the only Best Picture nominee that also generated a high number of negative reviews. Maguire serves as executive producer (which is why he was handing out booze at a recent screening) and shows up for one of the most insane sequences I’ve ever seen in a mainstream movie.

Maguire’s role is every bit as outrageous as his Tropic Thunder performance. I actually like it better, but if I told him it was his crowning achievement, it’s unclear whether he would consider that a compliment.