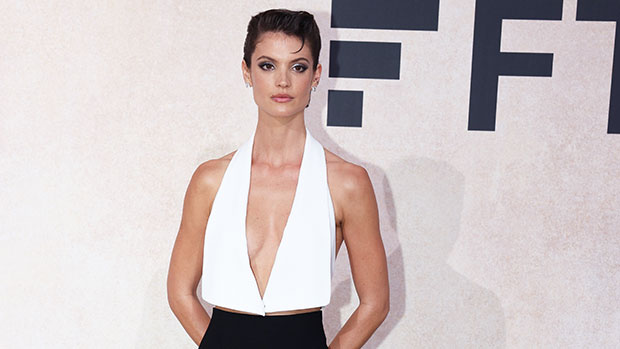 Her cause of death was confirmed on Dec. 21, 2022 as bacterial sepsis. The sepsis “was a complication from asplenia (the absence of a spleen) due to “remote blunt trauma to her torso,” her rep said to PEOPLE magazine, and the death was ruled an accident. The bacterial sepsis came after she was infected with a bacteria known as Capnocytophaga, which is incredible rare and develops in the mouth of humans. As the world mourns the loss of this promising entertainer, here’s a look at who Charlbi was.

Charlbi was born on Feb. 5, 1990, according to her IMDB profile. She was born in Cape Town, South Africa. Her first recorded role was in 2010’s Spud, a coming-of-age movie featuring John Cleese and Troye Sivan.

She Is Best Known For Her Role In ‘Black Lightning’

Charlbi’s IMDB lists roles as Charlbi Kriek in movies like Spud 2: The Madness Continues, Don’t Sleep, An Interview With God, and 2018’s Porthole. However, her most prolific role was that of Syonide on The CW superhero show Black Lightning. Charlbi played the bulletproof assassin over nine episodes of the series in 2018.

She Was Known To Be A Hard Worker

“I have known Charlbi Dean since she was 14 and already a busy working woman,” wrote artist Justin Polkey in a blurb accompanying “Interview #3,” a video project. “I have had the fortune to work with her over the years and was thrilled to be passing through the same city and to get the opportunity to interview her.”

“I met with Charlbi at Molten Toffee, a little coffee shop on Kloof street in her hometown of Cape Town,” added Justin. “I have been following Charlbi’s career since the beginning and already had ideas as to how the interview might go. I had photographed her as a model before but now was vastly more inquisitive about her blossoming acting career….The video plays out in real time and is less a piece of entertainment and more of a Charlbi experience.”

Terry Hall: 5 Things To Know About The Specials Singer Dead At 63

Charlbi Acted Opposite Woody Harelson In ‘Triangle Of Sadness’

Charlbi’s last role is that of Yaya in Triangle Of Sadness. Described as a “satirical dark comedy” by Variety, Charlbi was the co-lead, opposite Harris Dickinson. They “played a high-fashion, celebrity couple, Carl and Yaya, who are invited on a cruise for the ultra-rich, which at first seems like paradise for the wealthy, social media influencers. However, they soon discover that their shipmates include a Russian oligarch, a British arms dealer, a Marxist captain, and other criminals. The power dynamic shifts aboard the ship, and class conflict emerge.” (per Variety).

She Was A Model

In addition to her acting work, Charlbi partnered with IMG Models for a burgeoning modeling career. Her most noted work was with Vogue Scandinavia. In May, she worked with Eli Mizrahi for her first amFAR gala. “Thank you, my dear friend @elimizrahi, for dressing me for my first @amfar,” Charlbi captioned a May 30 Instagram post. “I was shaking in me wee boots, but you made me look cool and confidant as always @monotofficial.”