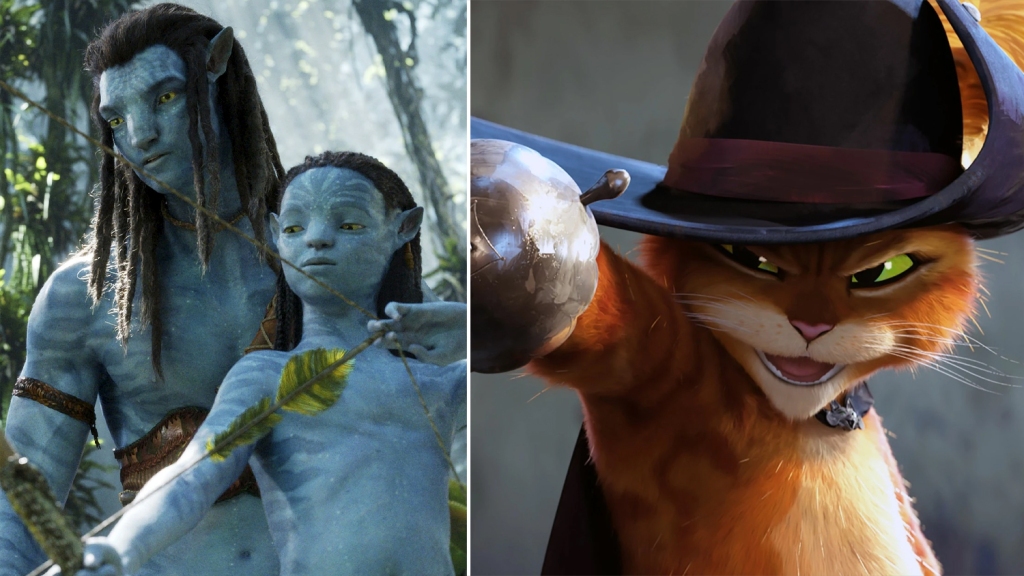 What’s interesting here is that from Sunday through midweek, Avatar 2 is playing like Rogue One: A Star Wars Story; yesterday not that far from the Lucasfilm prequel’s $14.96M Wednesday. That said, Avatar: The Way of Water at $183M through six days is pacing 11% behind Rogue One in its domestic running total. Avatar 2 hopes to make $90M-$95M in its second 4-day weekend which has Christmas falling on Sunday.

Universal also debuted Dreamworks Animation’s sequel Puss in Boots: The Last Wish to $3.2M at 4,093 theaters in second place for the day. There weren’t any Tuesday previews, so consider this run before Christmas to essentially be previews. The Joel Crawford directed, and Januel Mercado co-directed movie received an A CinemaScore, a notch up from the A- of the first 2011 movie which opened over the final weekend of October. That’s typically a death zone at the box office, however, Puss in Boots opened to a robust $34M. While Puss in Boots 2 is under the first pre-Christmas Wednesday opening of Sing 2 which did $8.1M before a 5-day of $39.6M, realize we’re still in a corridor where audiences’ moviegoing is being sidelined by holiday activities. All of this changes on Christmas Day Sunday for the better. Universal is looking at a long run here for Puss in Boots 2. The studio rode out Sing 2 all the way to the first weekend of April in north of 2,000 theaters. Throughout every weekend in March, Sing 2 was grossing over $1M every weekend late in its run. Impressive. Final domestic was $162.8M.

Fifth saw A24’s wide expansion of The Whale from 6 theaters to 603. The movie, which is rebounding Brendan Fraser’s career and has The Mummy actor as an awards Best Actor frontrunner, did $682,5K for a running total in day 13 of $1.28M.