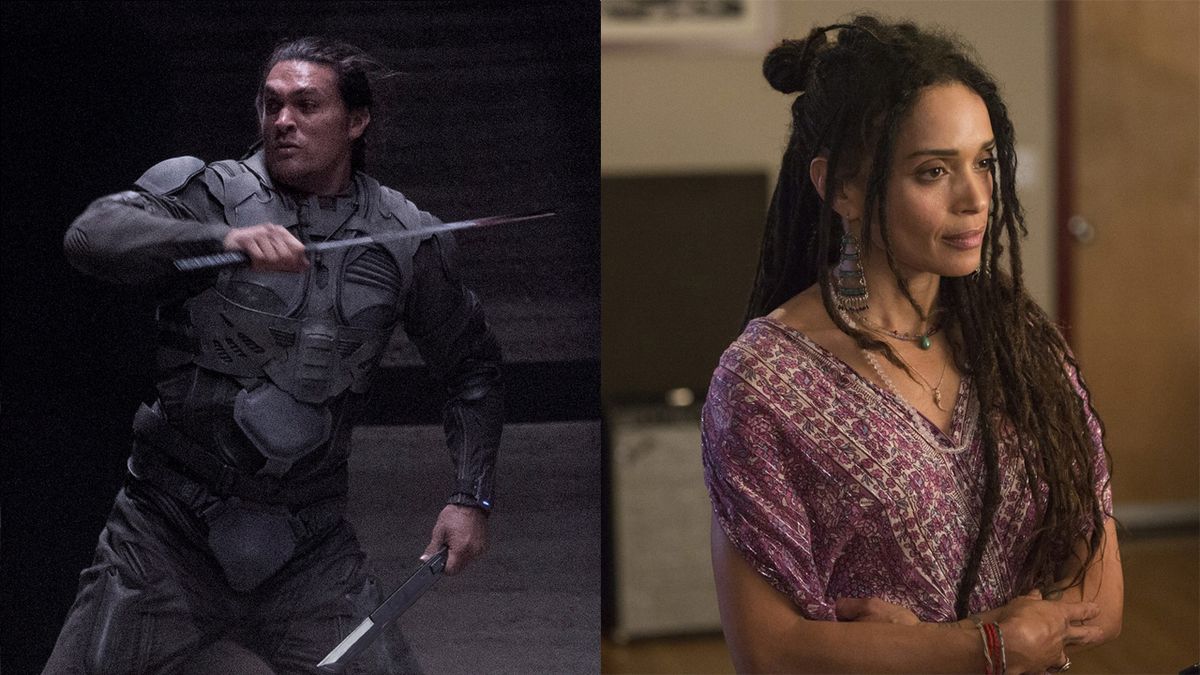 Being a celebrity is a tricky thing. While it brings awesome opportunities, it also has downsides– like making one’s personal life into a public matter. One former celebrity couple that fans were gaga over was Jason Momoa and Lisa Bonet, including their family unit with her ex Lenny Kravitz. While the two split months ago, an insider says Momoa and Bonet are ‘spending some time together’ amidst his recent Christmas tree adventure.

During both their relationship and the time following their break-up, fans marveled at just how much love and respect was shared between Jason Momoa and Lisa Bonet. There were even rumors about the two getting back together, which were refuted. Still, the public turned their collective heads when the Aquaman actor was spotted procuring a Christmas Tree and delivering it to Bonet. According to an unnamed source that spoke to People, the two are actually spending time together as friends. As they put it,

How sweet is that? While we’ve seen countless messy Hollywood break-ups, it looks like Jason Momoa and Lisa Bonet went with the conscious uncoupling route that was made famous by Gwyneth Paltrow. On top of co-parenting their two children, the A-listers are reportedly able to enjoy each other’s company as friends. Not many of us could do that with a former partner.

The anonymous source who is seemingly close to Jason Momoa and Lisa Bonet also claims that the See actor has been regularly helping out around the house that he used to share with his ex. What’s more, they’re reportedly going to spend the forthcoming Holidays together as a family. In addition to being a great example to both their kids and the public, smart money says this latest update is going to have some fans crossing their fingers for a romantic reunion.

Jason Momoa and Lisa Bonet started dating back in 2005, and had two kids. They eventually married in 2017, making Zoë Kravitz his stepdaughter in the process. Despite their eventual break-up, he’s seemingly remained close with the Batman actress. Clearly there’s a ton of love shared between everyone involved.

Of course, part of the reason why the public became so obsessed with Lisa Bonet and Jason Momoa’s relationship is because of the tight connection he shared with Bonet’s famous ex Lenny Kravitz. On top of collectively making up the most attractive family in the world, fans admired the way Kravitz and Momoa were able to form their own close familial bond. And they’ll presumably all be spending the forthcoming holidays together.

Jason Momoa will return to the DCEU in Aquaman and the Lost Kingdom on December 25th, 2023. In the meantime, check out the 2023 movie release dates to plan your trips to the movies. Smart money says the Kravitz/Bonet/Momoa family is going to continue making headlines for the foreseeable future.