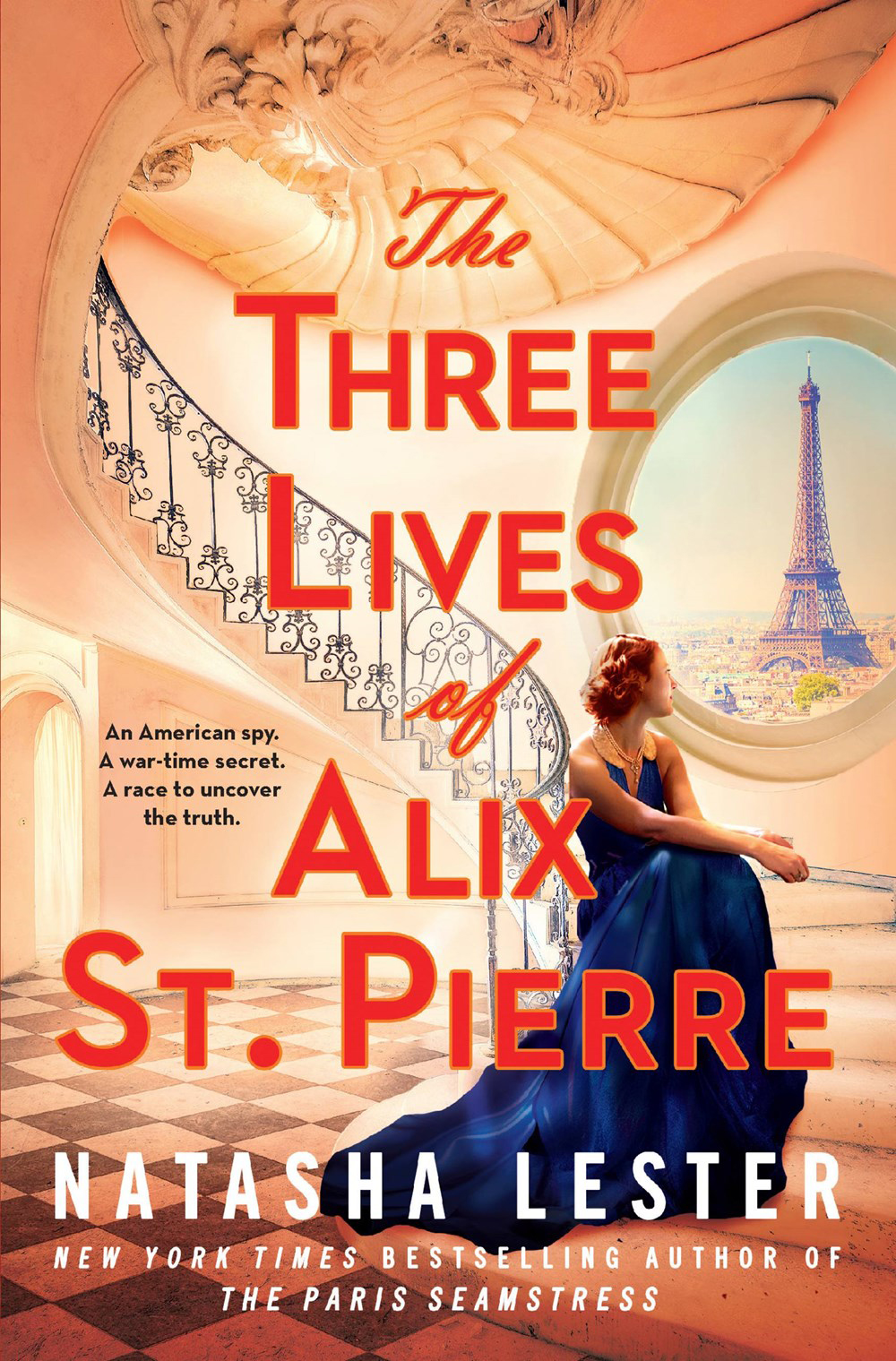 Historical fiction presents a certain narrative highwire act in and of itself, and each author confronts the challenge of weaving fictional stories into real historical events differently. No matter the approach, though, the balance of verisimilitude and invention is paramount. With The Three Lives of Alix St. Pierre, Natasha Lester takes on that challenge and more, producing a remarkable novel that walks in multiple worlds during a pivotal moment in time.

The title character, an American orphan who attended a Swiss boarding school on a scholarship, grows into a woman determined to prove herself in any theater in which she’s asked to do battle. Over the course of Lester’s novel, which jumps from France to Switzerland to Italy and beyond during the 1940s, we see Alix join the staff of Harper’s Bazaar, secretly work for the U.S. Office of Strategic Services and, in postwar Paris, take up a position at a new fashion house run by Christian Dior. But even as her high-fashion dreams seem to be coming true, Alix realizes that the ghosts of war are not done with her yet.

Lester’s ambitious premise, placing her protagonist at the center of both covert work during World War II and the founding of one of the most recognizable fashion brands in the world, is both daring and compelling. It’s easy to imagine that her novel could have shifted too far into espionage and therefore dimmed the light on the world of haute couture, or that the fashion might have outshined the world of spies and code names. But readers can put such worries to rest, thanks to Lester’s command of her narrative and deep grasp of her protagonist. Through tight, page-turning prose and a richly developed view of 1940s Europe, Lester weaves a spellbinding portrait of a woman who knows how to survive—and how to win.

Alix is such a strong central character that the rest of the narrative shapes itself to her like a well-tailored gown, making The Three Lives of Alix St. Pierre a wonderfully human and utterly gripping work of historical fiction.