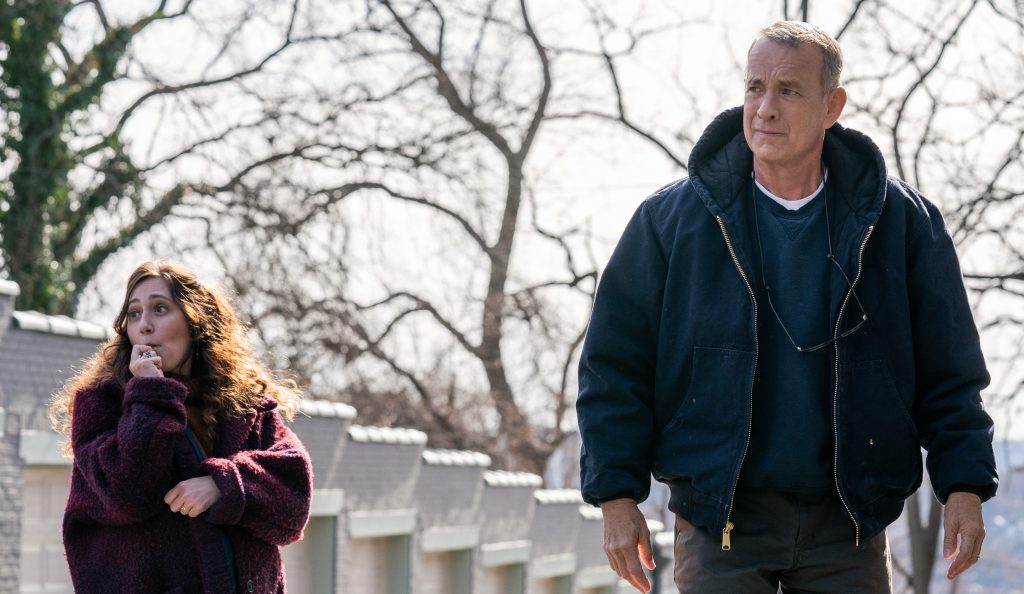 UPDATE: Sony is changing-up its platform of the Tom Hanks movie A Man Called Otto. The pic will now go exclusive in LA and NY on Dec. 30 followed by limited break on Jan. 6, and a further wide on Jan. 13, the latter point always part of the plan. The studio is pivoting their release plan over three phases given the great word of mouth they received on the title. The Marc Forster directed movie made its premiere to LA audiences last night at the Academy Museum.

In addition, they’re pulling their Screen Gems horror film True Haunting off the schedule for the time being. That pic most recently planned to go on Jan. 6, 2023. The Gary Fleder directed title follows the terrifying story of the first televised exorcism on NBC in 1971. The NBC news segment was a success, the exorcism was not. Instead, it made things worse for the Becker family who lived there.

A Man Called Otto is based on the Swedish pic A Man Called Ove and follows Hanks as a cantankerous older man who attempts suicide, but life keeps on getting in the way.

PREVIOUS, OCT. 17: Sony has decided to kick off the Tom Hanks movie A Man Called Otto on Christmas Day in an exclusive opening in New York and Los Angeles versus a wide release on Wednesday, December 14.

The movie then will go wide over MLK weekend, January 13, which is where Warner Bros.’ House Party and Universal/Blumhouse’s M3GAN resides.

The Marc Forster-directed film of the follows Otto (Hanks), a grumpy widower whose only joy comes from criticizing and judging his exasperated neighbors. He meets his match when a lively young family moves in next door, leading to an unexpected friendship that will turn his world upside-down. David Magee adapted the Fredrik Backman novel.