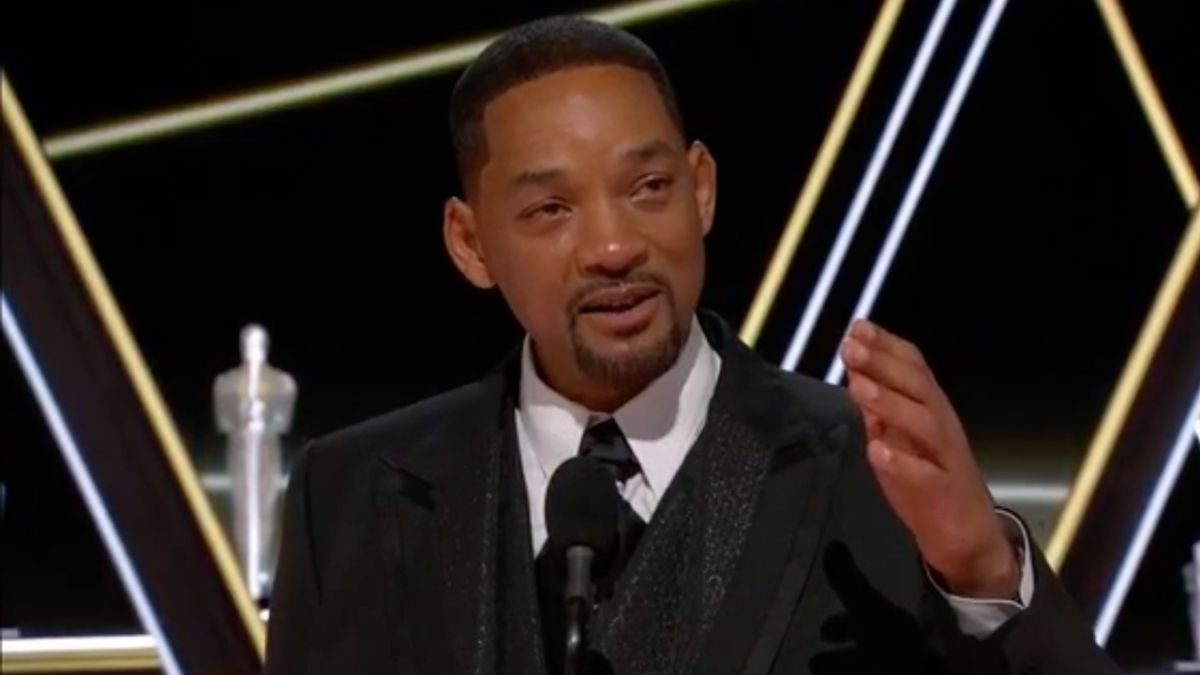 These last few months have been very interesting for Will Smith. It was in March that the star went viral after he slapped Chris Rock on stage at the Oscars, and his actions have been heavily debated since. Following a wave of backlash and retreat from the spotlight, Smith is now out and about once more and promoting his latest film, Emancipation. The star has also been addressing the slap during the press tour, though, as well as aspects of his personal life. On that note, Smith is discussing what parenthood has been like for him in the aftermath of the Academy Awards debacle.

Will Smith is father to three children: 30-year-old Trey (born from Smith’s ex-wife, Sheree Zampino), 24-year-old Jaden and 22-year-old Willow (with the latter two born from the actor’s current wife, Jada Pinkett Smith). The A-list actor seems to have a firm relationship with his kids but, as he recently explained, things haven’t always been easy. Yet Smith has seen improvements in his relationships with his children and even calls this past year “the greatest period of [his] fatherhood.” He also dropped some wisdom that he’s picked up:

Many people will tell you that parenting isn’t always easy and that one really has to work at it. The King Richard star seemed to be conveying that very notion during his appearance on Showtime’s ALL THE SMOKE and, apparently, he was thinking about his parenting style even before the Oscars situation. He went on to explain that he first experienced a bit of distance between him and one of his kids a couple of years ago:

One can only imagine how difficult it is to balance your domestic and professional goals when you’re one of the biggest movie stars on the planet. When you’ve achieved as much as Will Smith has, you can definitely be tempted to let the latter set of objectives consume you. He clearly wants to be a firm father and, as he also mentioned in the same interview, that connects to the fact that Smith saw his own dad abuse his mother as a child. It would be an understatement to say that positive family ties are incredibly important, especially when you’ve been going through a turbulent period like Smith’s.

Shortly after the slap occurred, the Oscar winner faced an array of backlash from a number of people in Hollywood. However, he did receive support from a number of people, including his children. Both Willow and Jaden Smith posted cryptic messages in the aftermath, yet they seemed to indicate that they were in their dad’s corner. During a recent interview with Trevor Noah, Smith got candid about the night of the televised moment, calling it “horrific.” He also indicated that he’s used the last several months for self-analyzation and has been reckoning with the fact that he (like many others) is a flawed individual.

Of course, people only continue to evolve as time goes on, and the star will more than likely seek to work on himself even more – as both a man and as a parent. If anything, it’s good to hear that the bond between him and his kids has further bloomed over the last several months.

You can see Will Smith’s Emancipation is now playing in select theaters and will be available to stream with an AppleTV+ subscription starting December 9.