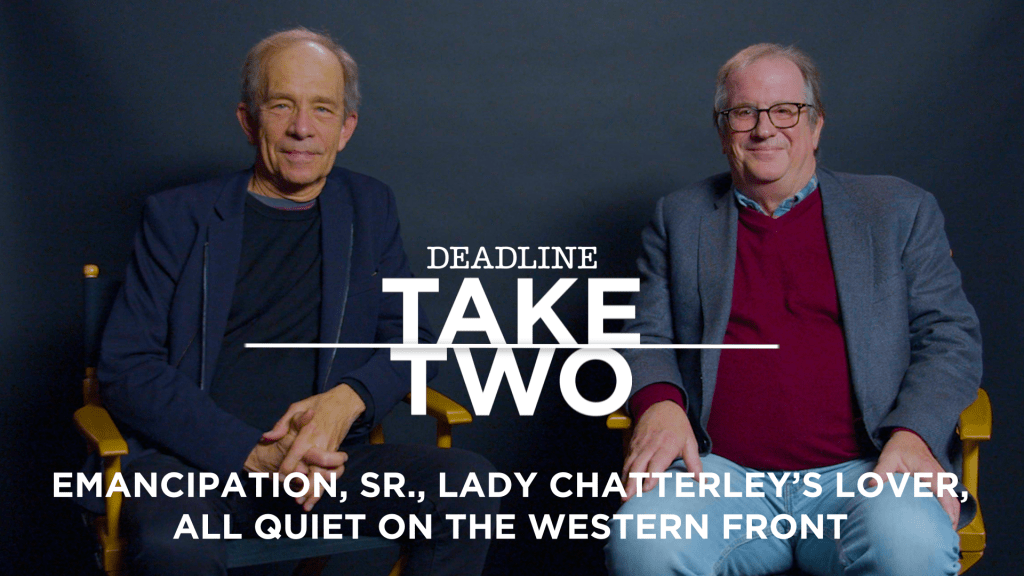 Editor’s note: Deadline presents the 42nd episode of its video series Take Two, in which Pete Hammond and Todd McCarthy tackle the artistry of films just opening in theaters every weekend. Each has reviewed and written about the craft for decades and built a remarkable breadth of knowledge of films past and present. What we hoped for when we asked them to do this was a concise, mature and thoughtful conversation comparable to what we saw from Roger Ebert and Gene Siskel.

The long and winding saga of the Apple TV+ film Emancipation finally ends up in the hands of the audience as the Will Smith movie directed by Antoine Fuqua finally hits theaters Friday for a one-week exclusive theatrical run preceding its streaming debut on Apple beginning December 9. In the movie, Smith plays the infamous Whipped Peter, the runaway slave in 1863 who posed for an iconic photo showing devastating injuries to his extremely scarred back, a photo that changed the way people viewed slavery and may have helped lead to emancipation for some 400,000 slaves.

RELATED: ‘Emancipation’ Review: Peeling Back The Levels To The Story Of Will Smith’s “Whipped Peter”

It is a movie that certainly seemed, on paper at least, to be Oscar friendly, but then the famous slap happened on the 94th Academy Awards and suddenly Smith, despite winning Best Actor for King Richard, was persona non grata, banned from attending any Oscar show for 10 years and forced to resign from AMPAS. It has not even been nine months since that moment and now, with the decision to release Emancipation, there is curiosity as to not only how the film will be received, but also how Smith will be received.

Our job at Take Two however is to review what we see on the screen, and both of us attended Wednesday night’s premiere in Westwood. In this episode, we go toe to toe on the merits — and demerits — of the film and come up with a split decision. For another view also check out Deadline critic Valerie Complex’s print review which popped last night.

We also this week look at a trio of Netflix movies, and Oscar hopefuls, including Robert Downey Jr.’s touching documentary on his filmmaker father in Sr.; the sizzling hot new film version of Lady Chatterley’s Lover starring Emma Corrin and Jack O’Connell; and the German entry for the Best International Film Oscar, the stunning new version of the World War I classic All Quiet on the Western Front.

Hammond has been Deadline’s Awards Columnist for the past decade, covering what now seemingly is the year-round Oscar and Emmy seasons. He is also Deadline’s Chief Film Critic, having previously reviewed films for MovieLine, Boxoffice magazine, Backstage, Hollywood.com and Maxim, as well as Leonard Maltin’s Movie Guide, for which he was a contributing editor. In addition to writing, Hammond also hosts KCET Cinema Series and the station’s weekly series Must See Movies.

McCarthy is a veteran trade publication film critic, columnist and reporter who has also written several acclaimed books and documentary films. He served two stints on the staffs of Variety and The Hollywood Reporter and extensively covered film festivals internationally for both publications. His film Visions of Light: The Art of Cinematography won the best documentary prizes from the New York Film Critics and National Society of Film Critics associations, and he won an Emmy for writing the documentary Preston Sturges: The Rise and Fall of an American Dreamer. He also directed the documentaries Man of Cinema: Pierre Rissient and Forever Hollywood.