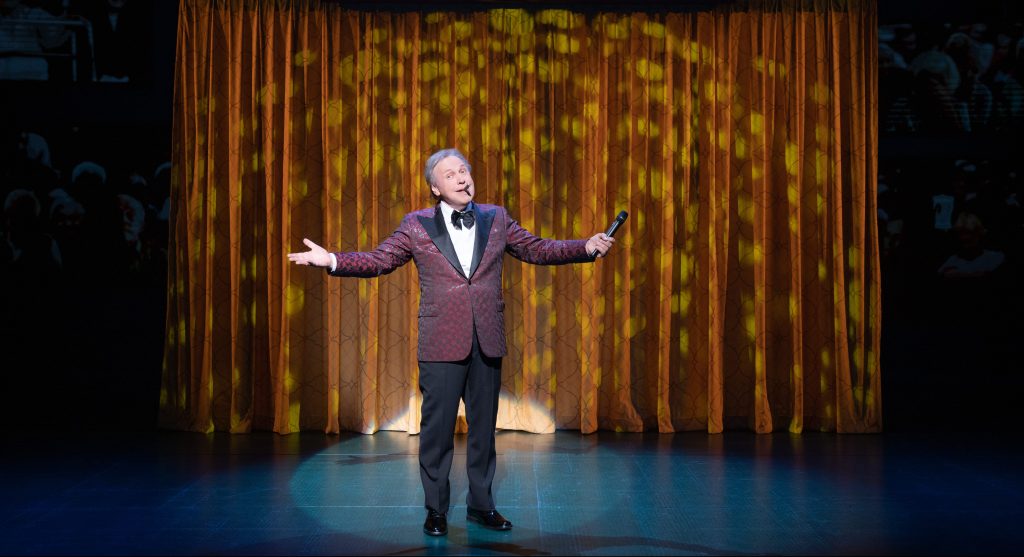 Broadway gave Billy Crystal a fine send-off last week, with the star’s Mr. Saturday Night musical grossing more than $1 million during its final week of performances. That number – $1,014,614, to be precise – is a big jump over the show’s weekly box office takes in recent months. About 98% of seats at the Nederlander Theatre were filled for Crystal’s goodbye week.

Overall, Broadway box office for 21 shows was up about 8% for the week ending Sept. 4, likely due to Labor Day Holiday tourists and some last-chancers hoping to see shows like Mr. Saturday Night before the onslaught of new fall arrivals.

Another especially impressive performer was MJ, with the Michael Jackson musical breaking its own house record (for the fifth time) at the Neil Simon Theatre by grossing $1,762,559. The musical filled all of its seats.

Funny Girl showed marked improvement in the final week of performances by Julie Benko as Fanny Brice (the revival took in $659,874, an improvement of $86,728 over the previous week). Attendance of 79% is likely to be the musical’s lowest for a while: Lea Michele takes over the role tonight, and box office no doubt will climb back toward levels enjoyed by the production during the first weeks of Beanie Feldstein’s abbreviated run. Next week’s box office report will tell at least some of the tale.

Other strong performers last week were Into The Woods, filling nearly 99% of seats to take a big $1,867,862. The Music Man, starring Hugh Jackman and Sutton Foster, continued its powerhouse run with $2,863,653 in weekly receipts.

Next week’s box office report will not only include the first week of Funny Girl’s Lea Era, but some early results of this year’s annual Broadway Week promotion (Sept. 6-25), with two-for-one tickets available for participating shows.

The 21 productions reporting figures on Broadway last week were Aladdin, Beetlejuice, The Book of Mormon, Chicago, Come From Away, Dear Evan Hansen, Funny Girl, Hadestown, Hamilton, Harry Potter and the Cursed Child, Into The Woods, The Kite Runner, The Lion King, MJ, Moulin Rouge!, Mr. Saturday Night, The Music Man, The Phantom of the Opera, Six, A Strange Loop and Wicked.

All figures courtesy of the Broadway League.