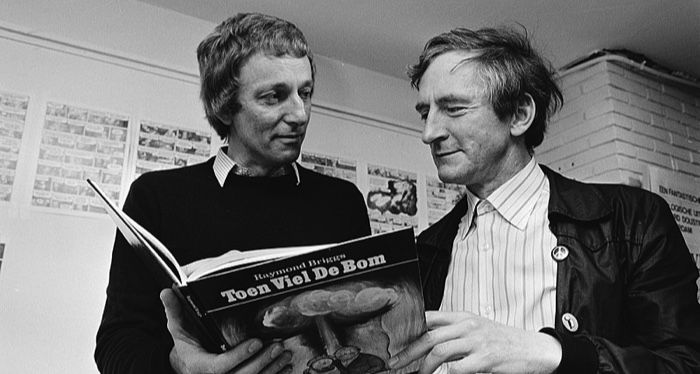 British author and illustrator Raymond Briggs died Tuesday in Brighton, England at the age of 88. For the past six decades, he has delighted readers with his often melancholic children’s and adult stories of everyday British life.

In many of his picture books, he used unique elements, like unconventional storylines and comic book panels to juxtapose moments of action alongside more quiet moments. The Snowman, for instance, is about the brief friendship had between a boy and the snowman he builds before the snowman melts. It was adapted into a hugely popular Christmas film that won an Oscar. And, in Fungus the Bogeyman, readers follow a working class bogeyman as he dutifully scares humans.

Raymond Briggs also wrote adult books, like Gentleman Jim and When the Wind Blows, in which a retired couple living in the English countryside lackadaisically follow the government’s instructions following a nuclear attack, to disastrous results.

Throughout his career, he won many awards and was even appointed Commander of the Order of the British Empire (CBE) in 2017 for his services to literature.

Find more news and stories of interest from the book world in Breaking in Books.

Also In This Story Stream