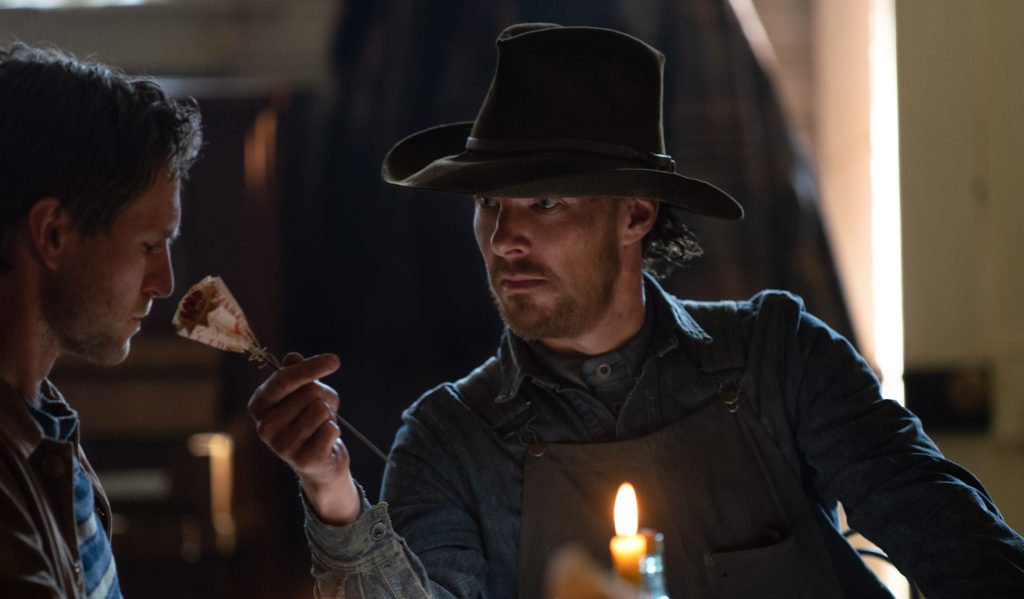 Oscar winner Jane Campion’s first feature film as director in 12 years, The Power of the Dog, had plenty to wag its tail about in its weekend debut on Netflix. Samba TV said Monday that the feature take of Thomas Savage’s 1967 Western novel drew in 1.2 million U.S. households.

That’s a great start for what is essentially a two-hour-and-six-minute art house title, higher than HBO Max’s first weekend of King Richard by 70% (707,000 U.S. Samba measured households); ahead 36% and 84%, respectively, from Netflix’s Ted Melfi dramedy Starling (883K U.S. households) and Rebecca Hall’s Passing (653K U.S. households); and even higher than the first weekend of HBO Max’s Sopranos prequel feature The Many Saints of Newark, which drew 1M stateside homes in its first three days.

More interesting: The Power of the Dog is 300,000 U.S. households shy of the five-day premiere figure for Disney+’s first episode of Hawkeye, which drew 1.5M.

Granted, Netflix has a much bigger footprint than frosh streamers Disney+ and HBO Max in the U.S. and Canada; the Reed Hastings- and Ted Sarandos-run streamer counts an estimated 74M U.S. households. Samba TV measures 3M U.S. Smart TV households who tuned into a series or movie for five minutes.

The Power of the Dog follows Montana rancher brothers Phil (Benedict Cumberbatch) and George Burbank (Jesse Plemons) during the early 20th century, the former fierce, and sharp and the other less intense. George falls for and marries Rose Gordon (Kirsten Dunst), much to the upset of Phil, who also has it out for her son Peter (Kodi Smit-McPhee). However, Phil finds himself exposed to the possibility of love.

The pic received a limited theatrical release that began November 17. Campion won Best Director at the Venice Film Festival for The Power of the Dog. She also took home Best Director from the New York Film Critics Circle on Friday, along with Cumberbatch being named Best Actor and Smit-McPhee getting Best Supporting Actor.

Netflix recently began reporting the weekly views of its top movies and series (in hours) for the previous week. Those figures are released Tuesdays.