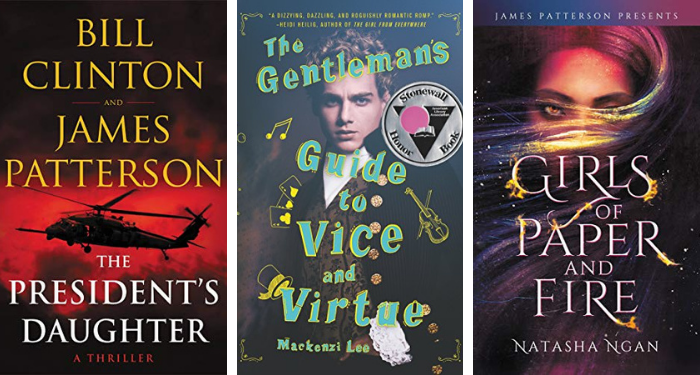 In Case You Missed Yesterday’s Most Popular Deals

Leaving Atlanta by Tayari Jones for $2.99

You Know Me Well by David Levithan and Nina LaCour for $1.99

Beloved by Toni Morrison for $1.99

Queen of the Conquered by Kacen Callender for $4.99

The Last Black Unicorn by Tiffany Haddish for $1.99

The Inheritance of Orquídea Divina by Zoraida Córdova for $5.99

The Black Tides of Heaven by Neon Yang by $3.99

The Haunting of Hill House by Shirley Jackson for $1.99

Boyfriend Material by Alexis Hall for $1.99

Graceling by Kristin Cashore for $3.99

The Third Rainbow Girl by Emma Copley Eisenberg for $2.99

I’m Not Dying with You Tonight by Kimberly Jones, Gilly Segal for $1.99

These Violent Delights by Chloe Gong for $1.99

Pitch Dark by Courtney Alameda for $2.99

The Unlikely Adventures of the Shergill Sisters by Balli Kaur Jaswal for $1.99

Dorothy Must Die by Danielle Paige for $1.99

The Sherlock Holmes Book by DK for $1.99

The Butchering Art by Lindsey Fitzharris for $3.99

Quackery by Lydia Kang and Nate Pedersen for $1.99

The Golden Thread by Ravi Somaiya for $2.99

Their Eyes Were Watching God by Zora Neale Hurston for $2.99

The Project by Courtney Summers for $2.99

A Song of Wraiths and Ruin by Roseanne A. Brown for $1.99

The Long Way to a Small, Angry Planet by Becky Chambers for $1.99

Annihilation by Jeff VanderMeer for $2.99

These Toxic Things by Rachel Howzell Hall for $4.99

Every Heart a Doorway by Seanan McGuire for $2.99