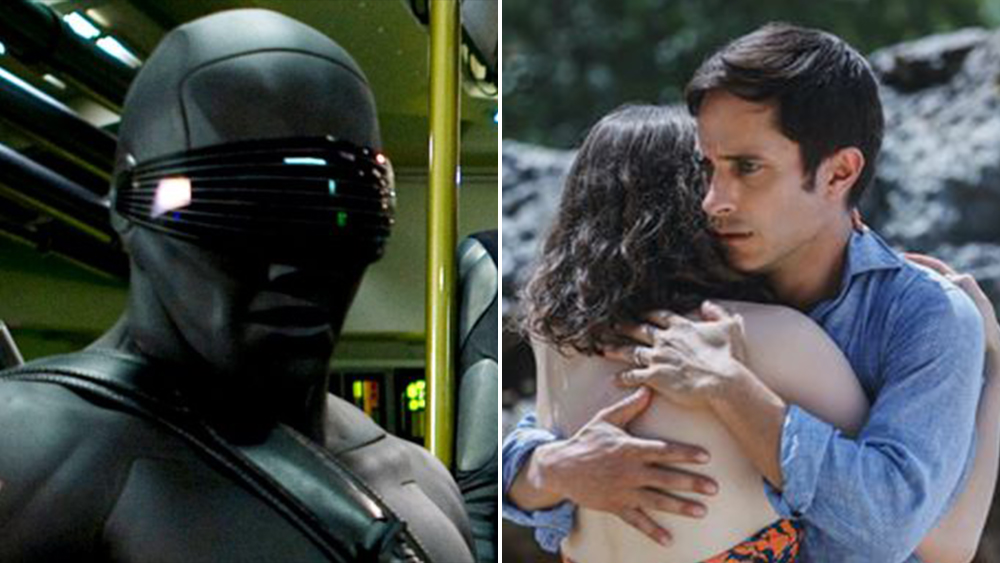 Two wide releases, Paramount’s Snake Eyes: G.I. Joe Origins and Universal’s M. Night Shyamalan thriller Old, both respecting a theatrical window, will face off this coming weekend with results which are still too early to call as each are eyeing a mid-teens opening result.

Previews for both titles begin Thursday at 7PM.

In the meantime, Warner Bros.’ Space Jam: A New Legacy, which is also available in homes on HBO Max, and Disney’s Black Widow, could wedge themselves between both titles, which are geared at males. Space Jam 2 is spotting a -48% to -58% second weekend decline between $13M-$16M, while Black Widow‘s third weekend is figured at a -45% decline for $14M.

Space Jam 2‘s weekend 2 projection comes with an asterisk as the industry is still learning how to forecast these theatrical day-and-date releases. There’s only been two theatrical day-and-date family features in the marketplace this year, Warner Bros.’ Tom & Jerry and Universal/Dreamworks Animation’s The Boss Baby: Family Business, which respectively declined -54% and -45% in their second weekends, the former’s second frame repped the reopening of New York City theaters back in March. We’re not counting Raya and the Last Dragon as they didn’t have No. 3 circuit Cinemark in their opening weekend theater count.

Back on July 8, iSpot observed that the campaign TV spend at that point in time was $8.5M for Old yielding 267.2M impressions and $3.08M for Snake Eyes at 207.4M impressions. We’ll have an update on those numbers by the weekend, but it’s quite conceivable that Paramount could easily drop more marketing cash by Friday, given the brand recognition here for the Hasbro toy which spawned a Marvel comic book and TV series in the 1980s. The reason why Snake Eyes is slithering behind previous G.I. Joe movie openings, Rise of Cobra in 2009 ($54.7M) and 2013’s Retaliation ($51M 4-day) is because it lacks big stars such as Channing Tatum and Dwayne Johnson (he starred in the second film). This time around Crazy Rich Asians star Henry Golding stepping into the black tights of mercenary Snake Eyes in this spinoff from the franchise’s producer Lorenzo di Bonaventura. The good thing about G.I. Joe movies versus Shyamalan titles is that they’re critic proof: they can always overperform their Rotten Tomato results, Rise of Cobra‘s was a low 34% and Retaliation lower at 29%. CinemaScores improved for the G.I. Joes between their first and second chapters moving from a B+ to an A-. Snake Eyes will play at 3,516 theaters, and is also booked at Imax auditoriums. Snake Eyes is on a 46-day theatrical window until it becomes available in homes.

Snake Eyes follows the beginnings of the ninja member of the G.I. Joe army team. In the Marvel comic books, Snake Eyes was left with his body burned and his vocal chords damaged after trying to save fellow Joe member Scarlett from an exploding helicopter. Intrigue ramps up in the comic books when we learn that Snake Eyes is the brother of Storm Shadow, the head ninja on the Cobra enemy side.

Reviews could slow down the box office for Old. Rotten Tomatoes hasn’t registered any as of yet, but word on the street is that this Shyamalan thriller isn’t up to par with his best. The PG-13 movie follows a family on a tropical holiday who discover that the secluded beach where they are relaxing for a few hours is somehow causing them to age rapidly reducing their entire lives into a single day.

Shyamalan’s 2017 Split delighted critics and audiences as the pic connected to the filmmaker’s 2000 title Unbreakable. Split notched a B+ CinemaScore, 77% Rotten Tomatoes score, which resulted in the pic outstripping its low-to-mid $20M projection with a $40M opening result. Glass, the follow-up to Split in 2019, opened to $40.3M, but many were expecting the reunion of Unbreakable stars Bruce Willis and Samuel L. Jackson to be significantly higher, but the pic fell flat with crowds and critics respectively with a B CinemaScore and 37% RT. Should Old register a $12.5M-$15M opening in 3,300+theaters, it would rep the filmmaker’s lowest domestic box office opening after 2006’s Lady in the Water ($18M opening, 25% RT, B- CinemaScore). I hear there’s no subsequent PVOD window on Old. Pic is currently showing strong interest among males between 17-34.

We gotta amend some records here: Warner Bros.’ Space Jam: A New Legacy wound up posting a final 3-day of $31.05M which is not Warner Bros’ best domestic debut for the pandemic (Godzilla vs. Kong still is at $31.6M), and it’s also the second best opening for Malcolm D. Lee after Girls Trip ($31.2M). Nonetheless, Space Jam 2 was the best opening for a family film during the pandemic to date, and a fantastic start for LeBron James’ production shingle SpringHill Entertainment which is currently in the mix to be acquired for around $750M; Nike being one of the suitors. Space Jam 2 tied with Black Widow on Monday with $3M a piece, while Tuesday the animated hybrid film was beat out by the MCU movie, $3.4M to $3.3M.