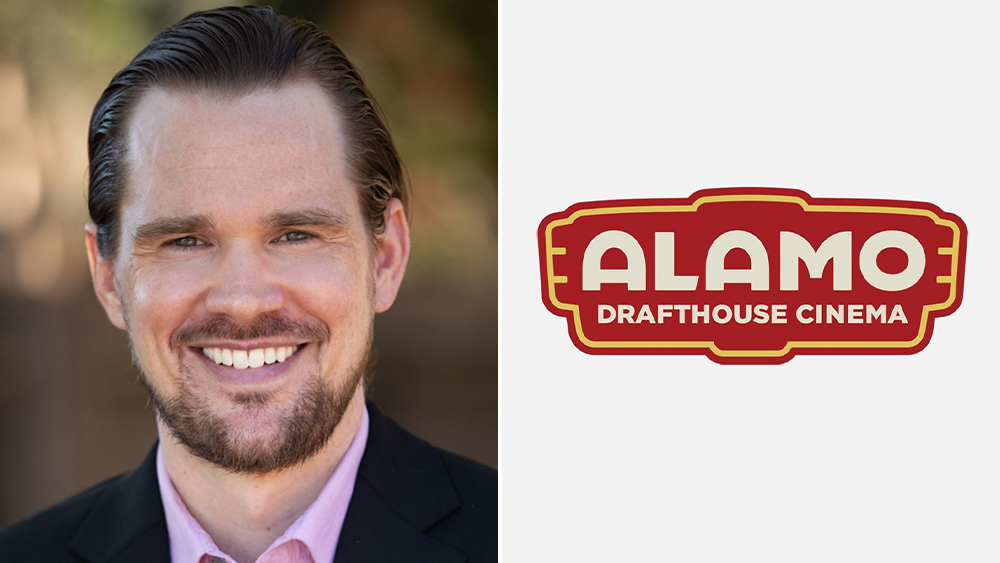 The news comes in the wake of the cineaste chain arising out of bankruptcy and opening a new location in El Paso, TX. Plans for new theaters in Manhattan, Staten Island, St. Louis, and Washington D.C. are scheduled for this year.

Holloway previously spent 20 years at ArcLight Cinemas and Pacific Theatres; that chain recently filing Chapter 7 with other chains like AMC and Regal already taking over some of its SoCal leases.  Most recently, Holloway served as VP, Film Marketing & Operations, where he drove all buying, content programming, and film marketing functions in collaboration with studios, filmmakers, and media partners. He led many key campaigns such as ArcLight’s Once Upon A…Tarantino filmmaker tribute and the For Your Consideration Q&A Screening Series, promoting Academy Awards season in partnership with media outlet Collider.com. Prior to that, Holloway was Director of Film Programming, and also held multiple Theatre Operations oversight roles, where he helped lead the exhibitor through its national expansion.

“Films are about discovery, of new creatives and unique perspectives in storytelling,” said Holloway. “I’m very excited to join Alamo Drafthouse, as we share this passion, as well as a belief in fostering community through the moviegoing experience. I look forward to sourcing films from across the spectrum to curate a diverse, quality slate for audiences to appreciate moving forward.”

“In 2019 Alamo Drafthouse programmed over 2000 films, leading the exhibition industry in a widely diverse selection of blockbusters, independents, foreign films, and classic repertory movies,” said Alamo Drafthouse Head of Programming Kayla Pugh. “We are thrilled to be able to bring Kevin on board as our newest teammate, tapping into his vast expertise to help us continue and expand this mission.”

Alamo Drafthouse Cinema reopened their doors at their downtown LA venue over Memorial Day weekend with A Quiet Place Part II, Cruella, and the 20th anniversary cast reunion of Lord of the Rings: The Fellowship of the Ring and was completely sold out over four days.

“The question of whether audiences are ready to return to movie theaters has been answered with a resounding ‘Yes!’” beamed Alamo Drafthouse CEO Shelli Taylor at the time. “This is our biggest weekend across all of our theaters since the pandemic began, and we’re looking forward to riding the wave of big movies all summer long.”

“This is likely the first time in Alamo Drafthouse history that every single film for every single showtime for a theater has been sold out across a four day period,” says Alamo Drafthouse Founder and Executive Chairman Tim League. “It’s a powerful testament to our collective desire to come together to experience the magic of the big screen again.”

With F9 already clocking more in Thursday night previews than 2019’s Hobbs & Shaw, look out for another big weekend for Alamo L.A.

Why Is Everyone Wearing Frankie Shop’s Quilted Jacket?
Book Riot’s Deals of the Day for October 23, 2021
Penn Badgley and Cardi B Are the Unexpected Celebrity Friends We Needed After Watching You
Top 10 Most Anticipated Upcoming Live Action DC Characters
[Podcast] Knight Light: A Horror Movie Podcast Heads Back to the Overlook With Mike Flanagan’s ‘Doctor Sleep’