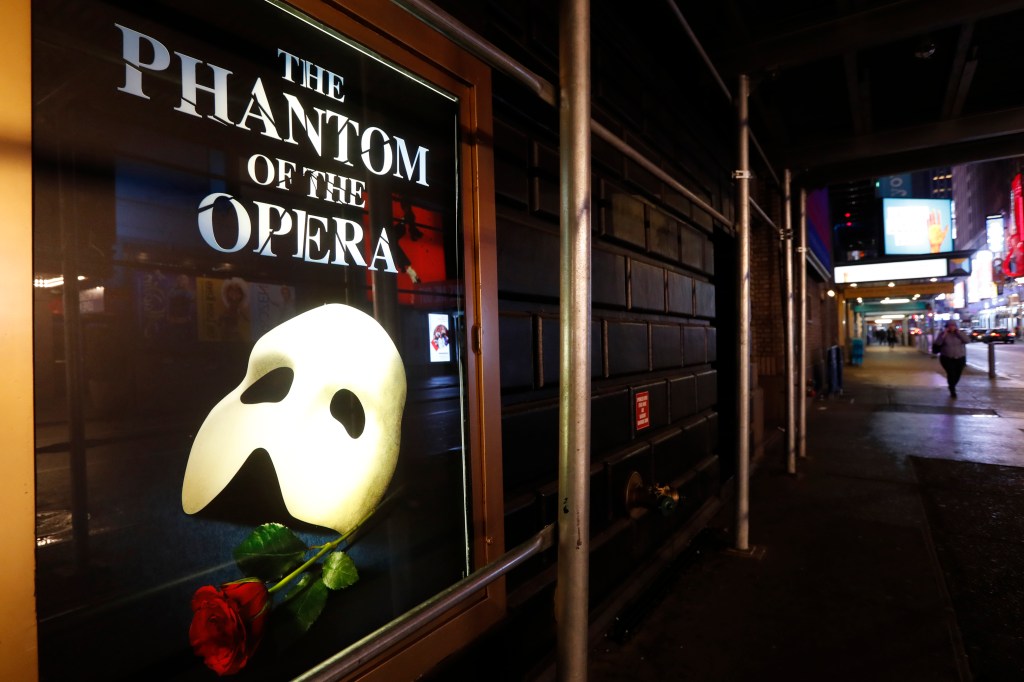 The Phantom of the Opera, at 33 years old the longest-running show in Broadway history, is the first post-Covid production to make it official: The musical will resume performances on Friday, Oct. 22. Tickets go on sale this Friday.

The announcement comes just hours after New York Gov. Andrew Cuomo gave the go-ahead for Broadway to reopen on Sept. 14.

In a statement, Phantom composer Andrew Lloyd Webber said, “I am a proud Brit, but Broadway has always been my spiritual home. To have Phantom lead the effort to bring our beloved community back to the stage is a moment of immense pride for me.

“The only heartache is that Hal will not be with us,” Webber continued, referencing the show’s late director Harold Prince, “but when we all return for our first performance on October 22, I know his spirit will be there, cheering our cast, crew and orchestra on and welcoming audiences back to The Majestic Theatre.”

Said producer Cameron Mackintosh, “Never in a million years last March could we have imagined that all of Broadway would be shuttered for nearly a year and a half, but I am thrilled that today we can announce The Phantom of the Opera will return in all its gorgeous splendor to The Majestic Theatre this October.”

Mackintosh called the shutdown “an extraordinarily difficult time for the 125 people who work on stage, backstage, in the orchestra pit and the front of house at The Majestic, but I am overjoyed that we will all be together again this fall as Broadway’s longest-running show of all-time resumes its unprecedented run as one of New York’s true landmarks.”

According to the show’s spokesman, patrons and all front-of-house staff will most likely be required to wear masks, and safety protocols could include vaccination or negative test verification. The guidelines will be developed by the theater owners in conjunction with the state of New York.

“Although it has yet to be approved (and will not be approved until closer to the Fall), the intention is that Broadway shows will be able to perform to full capacity,” the Phantom announcement noted.

Tickets go on sale for Phantom Friday, May 7 at 9 a.m. ET. Ticket prices will range from $29 to $169, with Premium tickets also available. Tickets for performances through Jan. 17, 2022 can be refunded or exchanged for another date until two hours before the performance.

Prior to the Covid shutdown, Phantom was in its 32nd year on Broadway and 34th on London’s West End. According to the production, Phantom has been the largest single generator of income and jobs in Broadway and U.S. theatrical history, and the New York production alone has employed an estimated 6,500 people (including 400 actors) during its more than three-decade run.

The musical will return to London’s Her Majesty’s Theatre beginning July 27, and is also set to make its Sydney Opera House premiere starting September 3.