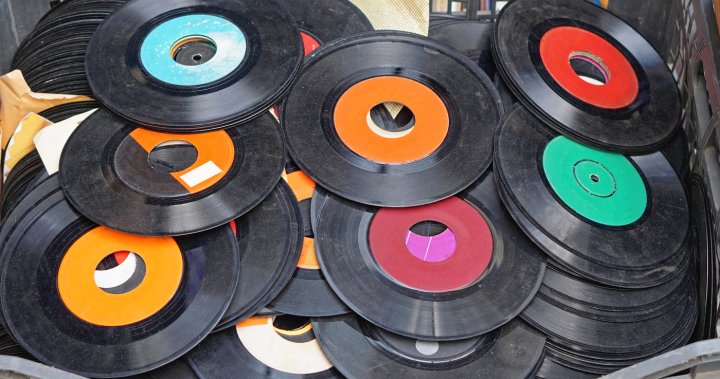 There are three ways you can bring a song to a close.

The first is known as a “cold end,” an abrupt, very defined conclusion that makes it very clear that the song is over. The second is a “last chord” in which everything concludes on a final note that’s allowed to naturally fade away. The third and final way to wrapped things up is with a “fade-out” where the chorus or another catchy part of the song gets quieter and quieter into nothingness.

Read more:
Alan Cross on the history of the music cassette and why it refuses to die

When you think about the history of composing, the fade-out is weird, although not unhead-of. In 1772, Joseph Hadyn composed what became known as the Farewell Symphony (Symphony No. 45). As the piece wound down, each of the musicians would extinguish the candles on their music stands and leave the stage one-by-one, gradually reducing the volume until nothing remained. The Planets by Gustave Holst (1916) requires a woman’s chorus offstage in a room with a door. The piece ends with the door being gradually closed so that the audience heard less and less of the chorus until the door was fully shut.

Another interesting experiment in fading away came in 1894 when a performance of The Spirit of ’76 was committed to record. The band got louder by moving towards the recording device and then quieter by walking away. Then we have 1919’s Barking Dog by the Ted Lewis Jazz Band which seems to have a bit of a fade that didn’t involve musicians traipsing all over the place.

A better example would be Count Basie’s Miss Thing. When performed live, the song ran over five minutes, far too long for one side of an old 78 RPM record. The recording faded down about three minutes in after which the listener flipped the record to hear the music fade up again at the start of side two.

The modern fade-out began to a thing starting in the very late 1940s. To explain why we need to enter the recording studio.

For the first 60 years of recorded music, sessions were conducted by arranging the musicians and singers around an acoustic horn or microphone which channelled all the sound to a stylus that cut grooves into a rotating disc which became the master from which all subsequent copies were pressed. If someone made a mistake, everyone had to start all over again. There were no edits, no overdubs, and no chance to remix the arrangement if the instrumental balance was off.

This all changed when Major Jack Mullin returned from World War II with a couple of disassembled Nazi machines. They were reel-to-reel tape machines that recorded audio on big spools of magnetic recording tape. Because the war invalidated all patents held by Germany, Mullins was free to do as he pleased with this booty.

Fascinated by the new technology, he began to demonstrate the machines’ high-fidelity capabilities. One demo was heard by Murdo Mackenize, Bing Crosby’s technical director. Knowing that his boss hated having to perform his national radio show twice (one for the east coast and one for the west) along with the pressures of live broadcasting, he brought Bing in for a listen. Impressed, and realizing that the new technology would free up time for golfing, Bing became an investor in Ampex, an electronic firm that had begun making reel-to-reel machines based on Mullin’s German recorders.

A myriad of innovations followed. Performances could be started, stopped, and then edited together with a razor blade and a bit of tape. Mistakes could be excised the same way. It’s also rumoured that Bing’s people were the first to drop in laugh tracks when a joke bombed. But this was just the beginning.

An early production unit was given to guitarist Les Paul who set about creating multitrack recording. Separate pieces of music could be recorded and then layered on top of other parts in a process that became known as overdubbing. And what’s more, each of these different tracks could be manipulated separately. Add echo or reverb? No problem. And if one part needed to be louder or quieter than another, that was easy to fix. None of these things would have been possible without the use of magnetic tape.

And this brings us to the fade-out. No one is entirely sure who came up with the idea of ending a song by reducing its volume until it disappeared into the silence, but it almost certainly happened sometime in the 1950s. One possibility is Rocket 88 recorded by Bill Haley and the Comets on June 4, 1951. Note how the music begins to fade before it’s overtaken by the sound of a car. It, too, fades into the background at the end of the song.

As more recording studios were equipped with reel-to-reel recorders, more musicians, producers, and engineers started using the fade-out. Performers felt liberated because they no longer had to come up with an ending. Others found the fade-out to be the perfect way to emphasize the chorus and/or the hook of the song. They theorized that by repeating the hook as the song ended, it burned the song into the listener’s brain.

Another possibility is that fading the song out left the impression that the song never ended. Somewhere in the universe, the song played forever, never being subjected to the indignity of a conclusion.

A final theory is a lot more prosaic. In the early days of rock’n’roll, radio stations wanted songs to be three minutes or less. If a song was too long for radio, it was just a matter of fading the track early. Fades also allowed for more creative mixing of one record to the next or from a song into a jingle, allowing for a more pleasing sonic flow and a sense of forward momentum.

The popularity of fade-outs comes and goes and can vary greatly depending on the genre. For example, you don’t hear a lot of fades on hardcore punk songs. Other genres use it liberally. Think back to 1970s and ’80s when it seemed like almost every song ended this way.

The fade-out has become so ingrained in western music culture that you may have never given it a thought before you read this. Sorry if I’ve changed the way you listen to music.

Alan Cross is a broadcaster with Q107 and 102.1 the Edge and a commentator for Global News.