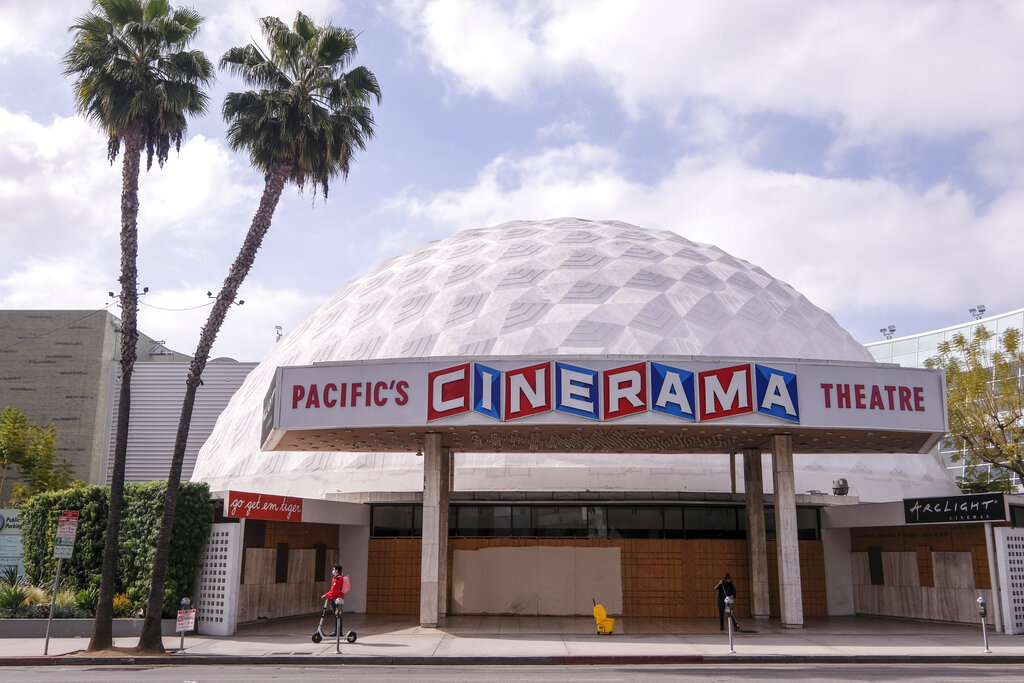 The closure of Pacific Theatres and ArcLight may have sounded alarm bells over the dire state of exhibition due to the coronavirus pandemic, but theater owners are especially frustrated, anxious and unnerved that a signature government lifeline so far has struggled to get up and running.

The Shuttered Venues Operators Grant (SVOG), as the Small Business Association program is known, was to have started to receive applications last week, more than three months after $15 billion was initially allocated as part of a year-end Covid-19 relief package.

But technical glitches forced the SBA to shut down the portal, with no word yet on when it will get back up and running.

There also is confusion about the application process, concern over the lack of adequate staffing to oversee it and worry that otherwise eligible applicants will get falsely rejected, further delaying the injection of cash flow to businesses that have been shuttered for more than a year in some states.

“Does our company need it? Yes, our company needs it. We need it badly,” said Bill Barstow, CEO of Main Street Theatres in Omaha, NE. “We have to take care of our banks, we have to take care of our landlords.” Lenders have been given assurances that relief would be coming from the government grants, but “to constantly have to explain and excuse when this is going to happen is tough,” he said.

The National Association of Theatre Owners, the chief lobbying organization for exhibitors, has had regular Zoom calls for potential applicants, trying to update them on the situation, but as of yet there is no definitive date for when the application process will proceed.

On Monday, the two chief co-sponsors of the Senate legislation, Sen. Amy Klobuchar (D-MN) and Sen. John Cornyn (R-TX), along with other members, plan to send a letter to SBA Administrator Isabella Guzman, asking her for an update and a timeline for the program to get up and running.

“With each passing day, more independent businesses are forced to shutter permanently or file for bankruptcy. Landlords and banks are no longer permitting deferrals and are pressing for immediate payment of past due accounts; businesses are receiving eviction notices; mom-and-pop businesses are being forced to sell,” they wrote in their letter, a copy of which was obtained by Deadline.

They also want to ensure that there is a review process for applicants who are rejected. They are calling for are calling for “a technical corrections process so reviewers may seek additional information if a submission is rejected due to an obvious technical error.” Theater owners are concerned over how the SBA will staff those tasked with combing through the applications.

Andrea Roebker, a spokeswoman for the SBA, said that they have identified and fix the initial issues. But then they “re-started rigorous testing with our vendors and did additional risk analysis, our teams identified other potential performance issues, which we are working to resolve. We are focused on strengthening the portal’s performance and user enhancements for when it reopens. We also continue to engage with stakeholders and will provide advance notice of the reopening date to allow for sufficient preparation time.”

She added, “We will continue share updates regularly and give applicants advance notice so they can be best prepared for when the application portal reopens. I can confirm it won’t open this weekend.”

Amid some confusion, the SBA also plans to update its applicant user guide and FAQs to further clarify information.

The program originally was intended to help out live-event venues, including concert halls and legit theater, as part of legislation called the Save Our Stages Act, with movie theaters added to the bill last fall. One of its champions has been Senate Majority Leader Chuck Schumer (D-NY), who has held a series of press conferences to promote the relief funds, even wearing a Save Our Stages mask last year. A spokesperson for Schumer’s office said Thursday: “We are pushing the SBA to fix the issues ASAP. The stages need help quickly.”

The Save Our Stages Act was incorporated into the $900 billion Covid-19 package that passed Congress in December and, after threatening a veto, ultimately signed by then-President Donald Trump.

In February, an additional $1 billion was provided for the program as part of the American rescue Plan Act. Due in part to the delay in getting it up and running, requirements were eased so that applicants who received Paycheck Protection Program loans, via local lenders, also could obtain the SVOG grants. Outlets still would be prohibited from obtaining PPP loans after they received the grants.

While the delays have been attributed to the change in administrations and lately the website glitch, what also appears to be happening lately is that the SBA is caught between demands to get the money out the door and concerns that it be done without the possibility of substantial fraud and waste. The SBA’s inspector general, Hannibal “Mike” Ware, wrote in a report last week that he had “serious concerns” with controls put in place to “address potential misuse of federal funds,” including the lack of sufficient staff for oversight.

“Currently, the program office has one designated official and its staff are on temporary detail,” he wrote. “At this time, SBA has not formalized a plan for staffing this office relative to the volume of applications expected. The agency has also not defined the organizational structure for administering the program.”

Those eligible can apply for grants equal to 45% of their gross earned revenue, with the maximum amount available for a single grant set at $10 million. The program set aside $2 billion for businesses with up to 50 full-time employees. Those with the biggest revenue losses will be prioritized to receive grants first, according to the SBA.

Greg Laemmle, who owns and operates the Los Angeles-based Laemmle chain with his father Robert, said that “it is a massive new program, and I completely understand the idea that they want to really make sure that they are creating a program that prevents fraud.” But the worry is that they create something “so convoluted that it prevents funds from people who legitimately need it and deserve it.”

Laemmle, with eight Los Angeles-area locations, received $150,000 from another program, Economic Injury Disaster Loan, but it was far short of what was needed, and later received $905,000 in a Paycheck Protection Program loan. They also sold some real estate, forging sale-leaseback deals, to survive through the crisis.

The SVOG grants would be significantly larger, helping them to pay back rent as well as other expenses to shore up their finances, Laemmle said. It was only last month that movie theaters in Los Angeles were given the greenlight to reopen.

“We have reopened, but in part we need to demonstrate to distribution that moviegoing has resumed,” Laemmle said.

Publicly traded companies are not eligible to receive the SVOG grants. Also restricted are entities that own or operate venues, theaters, museums or talent agencies in more than one country, more than 10 states and have more than 500 employees as of February 29, 2020. Among those also eligible for the grants are producers and talent representative connected to the live event business.

With that criteria, Pacific Theatres and ArcLight may have been eligible for the program, but parent company Decurion Corp. hasn’t said if they were planning to seek the SVOG grants.

Other independent chains that opened last year are grappling with how to make up for such as significant loss of revenue.

Main Street Theatres, a family chain that Barstow and his wife started 30 years ago, now has 45 screens at six locations. That includes a 12-screen complex, in the works before the pandemic, that opened in December. Although they have been open since August, business has been running at 10% of normal.

“It doesn’t take a genius to see that when you are running at 7% to 15% of normal, you are not knocking down the door with revenue,” Barstow said.

Allan Reagan, CEO of Texas-based Flix Brewhouse, said it now plans to apply for a PPP loan as a stopgap measure.

Flix Brewhouse has 87 screens in seven states, but now they are all closed. They expected revenues of about $70 million in 2020, but now, “we are at zero,” Reagan said. Where once they had 1,300 employees, they now have five. He said that they need funding “to get our business restarted and reemploy people to be sustaining.”

On April 8, the opening day of applications, they logged on and registered, answered the first two pages of yes-or-no questions, then were unable to upload their document.

One of the basic problems appeared to be that one person was in charge, but that was it; other tasks were parceled out to different people “who didn’t coordinate with each other,” Reagan said. “It appears to be different people drafted different portions of the program.”

“We have been discouraged on a couple of fronts, but it does appear that they recognize the serious problem they have,” he said.

The wait, though, has been a roller coaster, as Congress wrangled over relief packages before the election, finally coming to an agreement as they year ended, and then with the difficulties in getting SVOG up and running this year. Reagan said that he’s reminded of Charlie Brown running to kick the football, only to have Lucy snatch it away at the last minute.

“Our industry has become Charlie Brown, and the federal government is Lucy,” he said.

Although they have been “discouraged on a couple of fronts, it does appear that they recognize the serious problem they have,” he said.

Theater owners also are hopeful that with mass vaccinations, moviegoing habits are showing signs of returning. Barstow pointed to the recent box office performance of Godzilla vs. Kong.

He added, “I have to believe that this promise that was made with the SVOG will be fulfilled.”