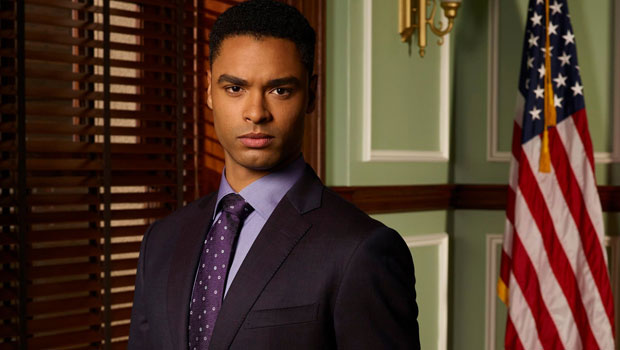 Is Regé-Jean Page playing the next James Bond? Here’s what the ‘Bridgerton’ star had to say in response to the movie speculation.

As Regé-Jean Page retires his fancy suits as the Duke of Hastings, fans are wondering if the Bridgerton star will be putting on a new suit as the next James Bond. On April 6, a betting company called Coral selected Regé-Jean as the new favorite to play Agent 007 and estimated his odds of doing so to be 5/2, The Mirror reported. With such a high prediction, Regé-Jean finally responded to the speculation — which started as far back as the month Bridgerton premiered in Dec. 2020 — in a new interview.

“Ah, the B word. I think that if you are British and you do anything of note, that other people take notice of, then people will start talking about that,” Regé-Jean teased while speaking to The Mirror on Tuesday. The Bridgerton alum continued to maintain an air of mystery towards the potential movie role.

“I think that’s fairly normal and I’m flattered to be in the category of Brits that people have noticed. Nothing more – or less – than that,” he told the outlet. Tom Hardy and James Norton have been other favorites chosen to be the next Bond.

It didn’t sound like Regé-Jean had major plans at the moment, though, given the volatile nature of the COVID-19 pandemic. “I think the concept of having plans in this moment in history is mildly hilarious. So I’ve given up on making them,” he added.

So, it looks like people will have to keep on making bets as to who the next Bond will be. Anyway, the 25th James Bond film, No Time to Die, hasn’t even come out yet! Daniel Craig plays the British Secret Service agent in the movie set to come out in theaters on Oct. 8, 2021.

As we mentioned earlier, this isn’t the first time Regé-Jean has sparked Bond-related speculation. He borrowed a famous catchphrase from Agent 007 to caption a Bridgerton video that he shared in Dec. 2020. “Regency, royalty Shaken and stirred. #Bridgerton,” Regé-Jean tweeted over a video of himself looking dashing as the Duke of Hastings. This of course set off a round of rumors about Regé-Jean’s next role, since Bond likes his martinis “shaken, not stirred.” For now, though, the only thing that has been confirmed is the shakeup happening to the Bridgerton cast after Regé-Jean announced his departure from the hit Netflix series on April 5.

Marvel fans lose it after discovering Falcon and the Winter Soldier star is gay
DMX to Be Honored in Hometown, Yonkers Mayor Suggests Raceway for Memorial
How Jamie Lynn Spears’ Zoey 101 Role “Pulled Her Away” From Britney Spears
Calling A Time-Out On Reading For Sport
Top 20 Video Games with Shameless Product Placement